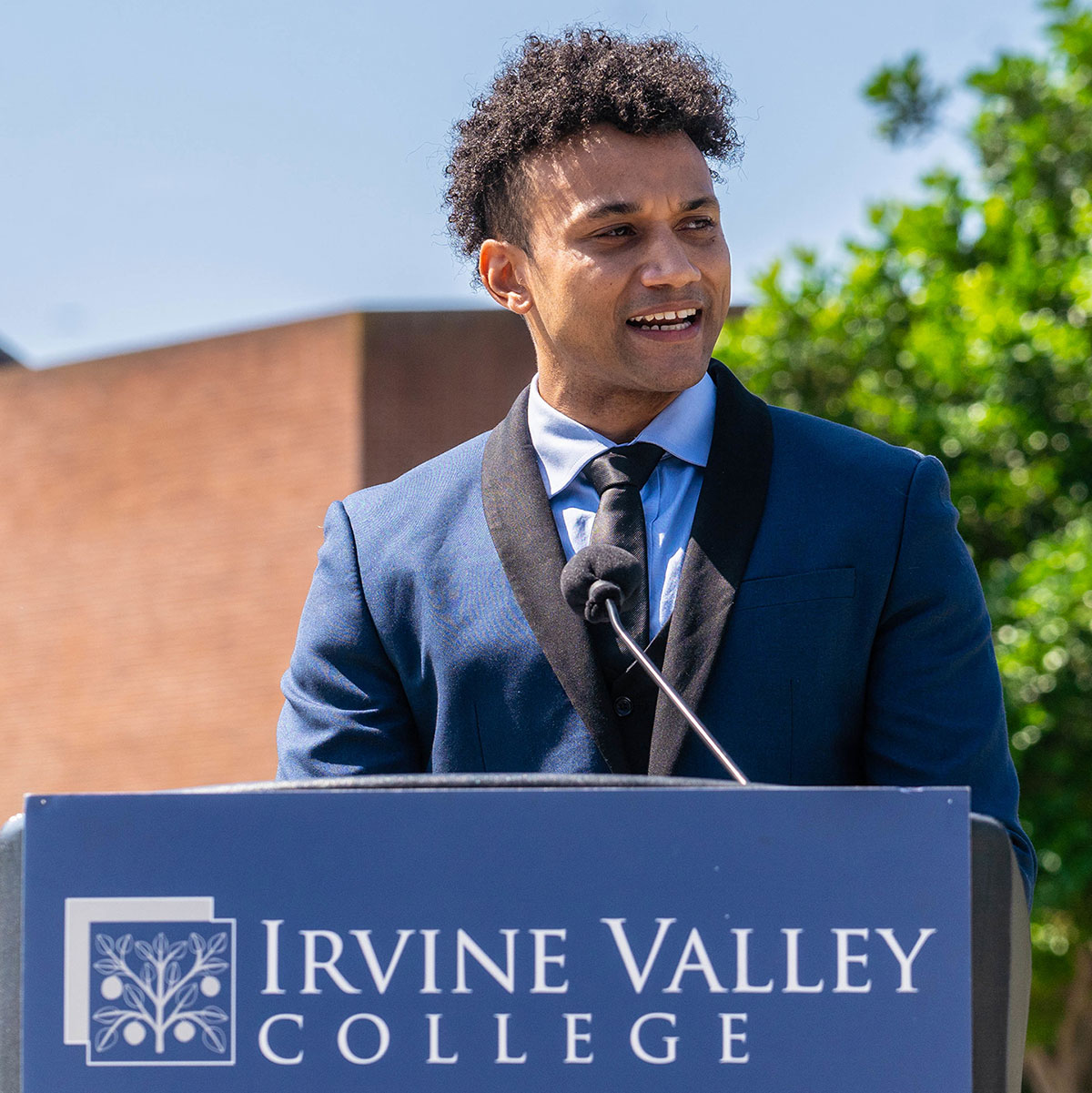 DeAngelo Hunter has been an IVC student for the past two years. His skills and leadership as a nontraditional student have guided his academic path for success, as well as his contributions to campus, state-wide, and even nationwide initiatives and advocacy efforts for the betterment of community college students.

As a proud veteran, DeAngelo has used his leadership skills to elevate the stakes of what it means to be a student representative. In his time at IVC, he has won awards in speech and debate, was one of the founding members of the Black Student Union, and lobbied Congressional representatives to advocate for basic needs, veterans and free community college. As president of the Associated Students of IVC (ASIVC), he has used his leadership skills to create a highly active student government, empowering the leaders around him to bring high engagement and high-level advocacy through the state and to Congressional representatives, all while maintaining a 4.0 GPA.

DeAngelo is a pre-law student majoring in psychology and administration of justice. He hopes to use his passion to bring change that will continue America’s progress and make the American Dream as accessible as possible to everyone. He hopes everyone will be able to feel the same belief in themselves that his educators gave him: The confidence to achieve academically and to believe you can accomplish anything with an education, even to be President.