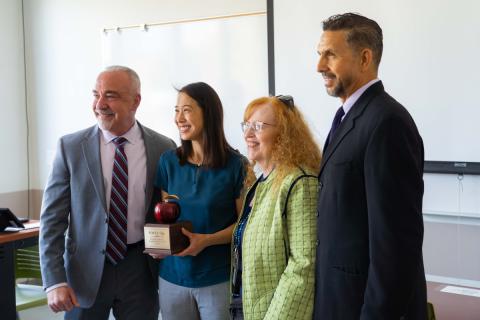 IVC Professor Emily Liu has been named a Teacher of the Year finalist by the Orange County Office of Education (OCDE). The announcement was made on May 9 with a surprise visit to Professor Liu’s classroom by OCDE Superintendent Al Mijares, South Orange County Community College Chancellor Kathleen Burke, IVC President John Hernandez, Dean of Liberal Arts Brooke Bui, colleagues of Liu, and representatives from SchoolsFirst Federal Credit Union, which sponsors the annual award.

Dr. Liu has taught English at IVC for ten years, joining the college full-time in 2016 after lecturing since 2012. She has also served as IVC’s Honors Program Director since 2020.

See photos of the surprise announcement » 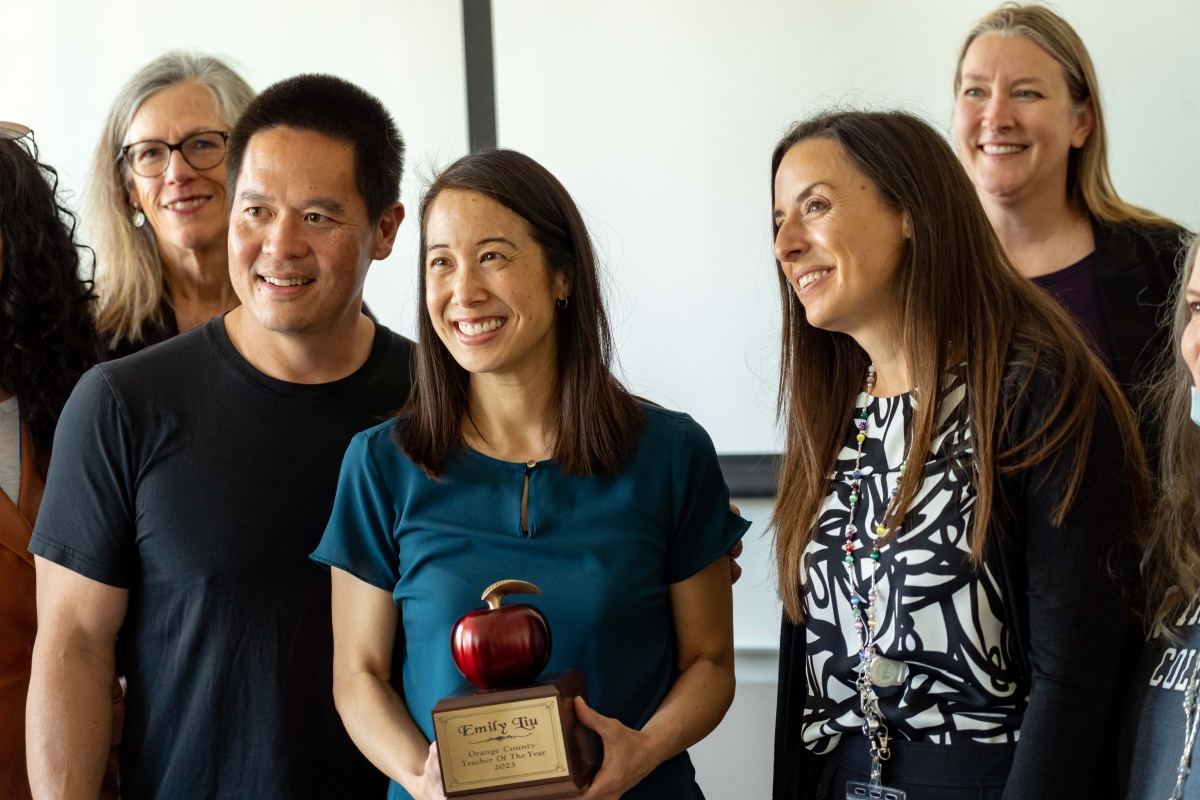