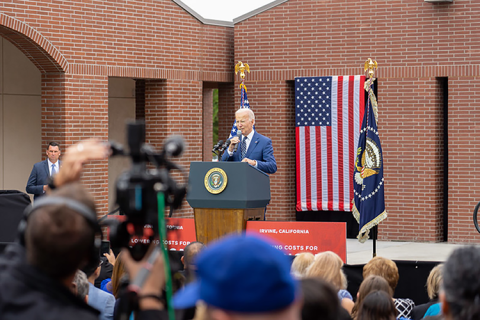 As part of a two-day tour of Southern California, President Joe Biden made a stop at Irvine Valley College on Friday, October 14 to deliver remarks on lowering costs for American families. The President spoke to a crowd of nearly 150.

Watch the event livestream and see photos from our Flickr album.