IVC’s Got Game: Leveling Up to a Creative Career in Game Design

IVC’s Got Game: Leveling Up to a Creative Career in Game Design 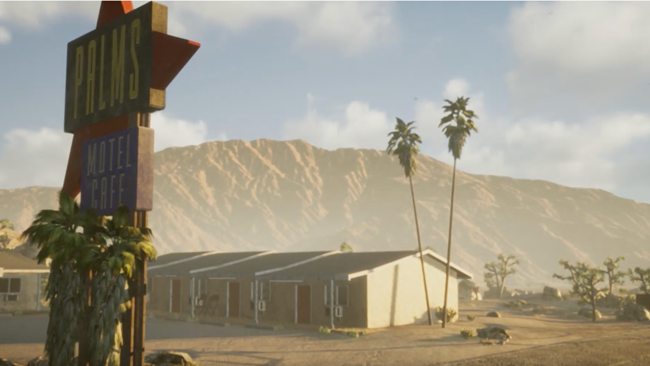 Any gamer who has traversed the dazzling virtual worlds of Battlefield, Bioshock or Skyrim knows that a truly immersive experience is all about the perfect environment.

“I think what IVC does really well is that they give you the foundation to pursue your dream job,” says the talented game environment designer, currently working toward a bachelor’s degree at Cal State Fullerton. “I learned all of the industry-standard software from IVC. And having those on your resume really helps you land that job.”

In the competitive gaming industry, it is critical for professionals not only to develop high-level skills, but to stand out creatively. Through IVC’s Game Design department, students are empowered to build a professional portfolio from independent, hands-on class projects.

Students begin by building proficiency in Autodesk Maya, the industry standard for 3D. For animation, they gain a strong foundation in Unity, which “unifies” assets into a game. They also pick up a bit of Unreal Engine, a more “hardcore” professional game design software.

“Our students can put together a demo reel showing they can make the same kind of quality as you would expect from a game you would buy at the store,” says IVC Graphic Communication instructor Colin McCall, who teaches intro courses in game design. “What we promise is that by the time you’re done with the class, you’ll be able to get an entry-level job.”

This past May, Game Design students represented Irvine Valley College as the only community college to participate in the IEEE GameSig competition. Up against some of the most respected four-year programs in Southern California, and with less than half the time to prepare, IVC managed not only to hold its own, but make the finals.

“We were competing against UCI and USC, and they’ve been working on these games for an entire year,” says Chansler, who acted as the team’s Lead Environmental Artist and Level Developer. “We just had about five months to make something. The fact that we got to the finals was a really cool experience.”

McCall, co-advisor for the IVC team, credited Chansler’s leadership, as well as the group’s overall persistence, for the sparkling result.

“Kyle was a leader in his group who built the programming for the game from scratch,” says McCall, adding that the team very nearly won the graphics area of the competition. “We taught them how to make the game look pretty, but they taught themselves how to make it functional, which was a big deal.”

For the competition, McCall reached out to his network of game production professionals and asked them to lay out a framework for his students. “We structured the project so that they were working on a schedule, which imitates what people actually do in the industry,” remembers McCall. For students, the real-life game design immersion was more than just fun – it was a glimpse into the future.

“It was basically what it’s like in a real game studio,” says Chansler.

The team leader attributes IVC’s success to faculty like McCall, who come directly from the industry to share their expertise. “They really helped us … to push our individual strengths and bring our own ideas out,” Chansler says. To the future game design star, IVC’s triumph in the competition just proves how far the school is ahead of the curve.

“These programs are the same exact thing you would get at a four-year art school,” says Chansler. “So you’re getting the same education at a fraction of the price.”

“We’re not just teaching people how to be artistic,” adds McCall. “We’re teaching them how to be professional.”

IVC gaming classes are geared toward production and working effectively as a team. So when students go into industry, according to McCall, they’re going to be on the “same wavelength” as their colleagues, “from day one.” The IEEE competition was the perfect crucible to test students’ skills, and he plans on mentoring another team next year.

Though many members of the IVC team have since graduated and gone on to four-year schools or started careers, they’re still game for more.

“We want to get the group back together, push out a game and launch it on Steam,” says Chansler. Not only would having a game on the juggernaut platform help them boost portfolios while reaching more than 94 million active users in 35-plus countries, he says, it would also be tremendous fun to reunite.

“We fancied ourselves a little studio,” says IVC grad and teammate Jeffrey Plizga, who created the famous bear character for the IEEE competition. “It was a lot of good experience, seeing how all the different parts are meant to fit together, and how you have to support each other.”

Plizga has gone on to create his own range of 3D-printed game miniatures, and he’s also developing his own video game, currently gearing up for Steam launch. Utilizing assets he made in his visual programming class at IVC, he created a “really fun” retro tank wars game. “Everything but one piece of script, I’ve done myself,” he says. “I applied everything that I’ve learned through my whole attendance at IVC to make it.”

On top of being a gaming entrepreneur, Plizga is applying to a variety of gaming studios, and he says the networking support he received at IVC is giving him the edge. After the IEEE competition, the school paid for the team to attend the Gaming & Interactive SIGGRAPH conference. The group represented its game at the event, while getting the opportunity to hobnob with industry professionals.

“It was an amazing opportunity, and the tickets were not exactly cheap,” Plizga shares. “Colin helped us with introductions and mentored us through the whole process.”

With those contacts in hand, Plizga is excited to reach out to the indie gaming companies he’s met and jumpstart his career.

“Jefferey is a passionate and skilled artist who always went the extra mile in his assignments,” says McCall.

For Plizga, the grand design – a career in video games – was never in question. But until he found the Irvine Valley College Game Design program, he admits that the path was foggier than the Kryptonite level in Superman 64.

“Were it not for my time at IVC, I would still be watching YouTube videos and just hoping that I kind of knew what I was doing,” says Plizga. “Now, I have a very firm understanding of what I'm doing. And I'm much better for it.”