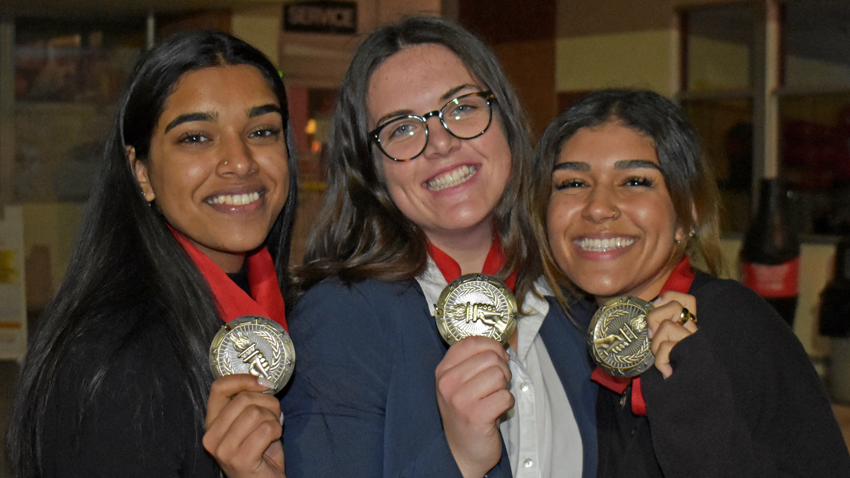 After collecting 18 awards in January, including three gold medals in debate at the Close to the Coast Speech Tournament at Orange Coast College (OCC), the speech team kicked off the month of February by hosting the IVC Spring Classic Invitational on February 8th. This elementary, middle, and high school tournament had over 200 students in attendance. These young students competed in two different styles of debate while arguing on the topics of universal basic income and replacing nuclear arsenals. The IVC Speech Team and fellow communication studies students judged the debate rounds and provided valuable coaching to the young debaters. The tournament was a unique opportunity for the elementary, middle, and high school students to be on IVC’s campus and showcase the school. The team has one more of these tournaments still to come in May.

While most of IVC was enjoying time off for President’s Day, the team was participating at the Tabor-Venitsky Speech Invitational and the Southern California Lincoln-Douglas Championships held at Cerritos College on February 14th. Almost 200 students from 19 schools participated at the tournaments. Among the 12 awards bestowed on IVC at the event, newcomer Seadona Taloma took home the top honors. Seadona beat out her competition and received 1st place in persuasive speaking for her speech advocating for more protection for Missing and Murdered Indigenous Women (MMIW). 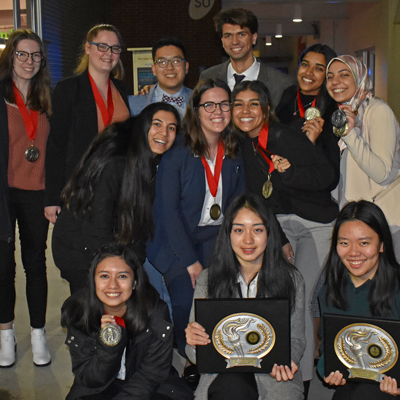 The most successful tournament of the month was the PSCFA Spring League Championship Tournament on February 21st-23rd held at Palomar College. Thirty-one colleges and universities were in attendance. While most schools that participated were from California, some universities as far as Virginia and Arizona traveled to compete at the event. IVC took home an astonishing 29 awards at the tournament. Most notable, Nidhi Satyadev won a gold medal in individual debate (IPDA) and a gold medal in team debate (NPDA) with her partner Eilidh Stalker. Seadona Taloma duplicated her success from the Tabor-Venitsky Speech Invitational by again beating out all of her competition and receiving 1st place in persuasive speaking.

Director of Forensics, Jules French, stated, “The unique feature about this tournament was that in addition to the forensics team, the students from the Comm1 Honors class were also competing. In total they took home 8 trophies including a 1st place in impromptu speaking, a 2nd and 3rd place in persuasive speaking, and a 2nd place in extemporaneous speaking. It was so amazing to see students convert what they learned in the classroom into trophies!” Collectively, due to all of the accolades received, IVC was awarded the 1st Place Novice Sweepstakes Award and the 2nd Place Community College Sweepstakes Award.

In March the IVC Forensics team will compete at the CCCFA State Championship Tournament in Fresno, California as well as the Pi Kappa Delta National Championships in San Diego. Those interested in joining the speech team are encouraged to contact Jules French at jfrench7@ivc.edu, or Bill Neesen at wneesen@ivc.edu.