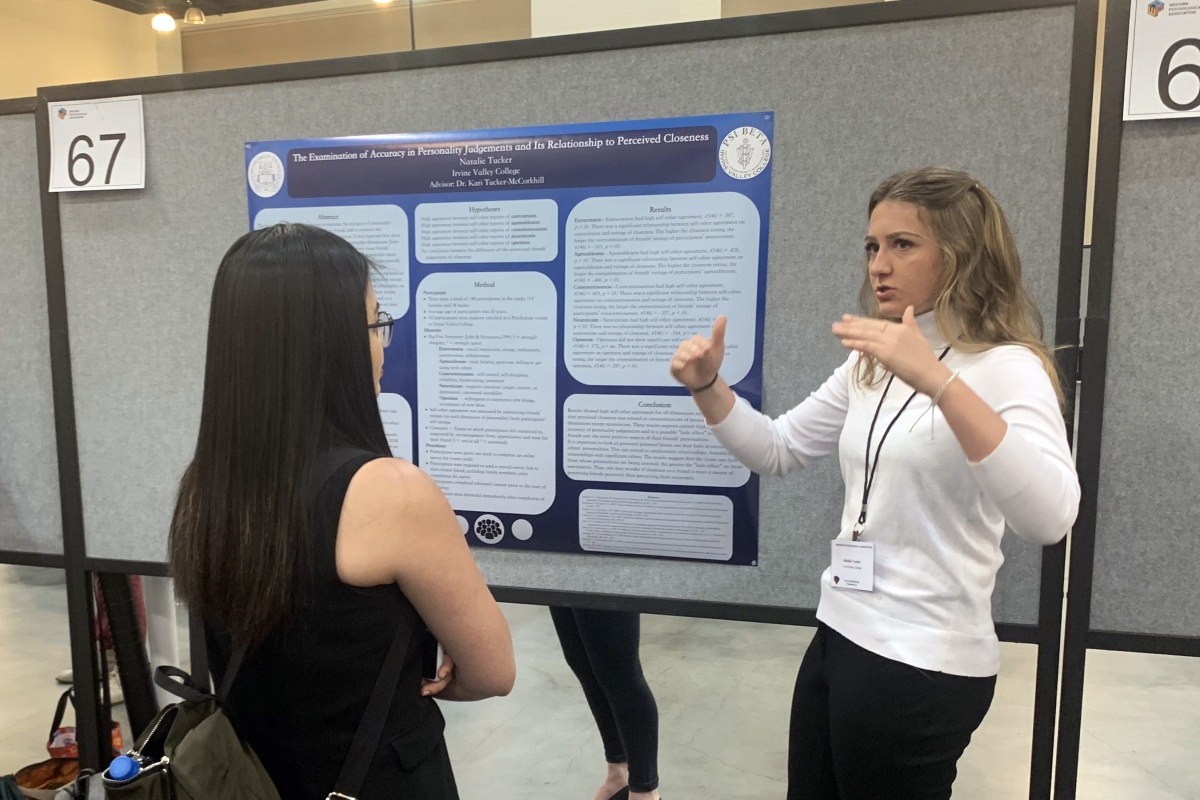 The Irvine Valley College chapter of Psi Beta, the psychology honor society, has won the Chapter Excellence Award for 2018-19. Chapter Excellence status is determined by the extent to which chapter members engage in leadership, research, and service, and are recognized for their scholarship. The IVC chapter of Psi Beta scored 15 on the rating scale, far exceeding the minimum of 10 points required to qualify for national recognition.

IVC’s Psi Beta chapter has a strong student research record, with two students earning research awards at a spring conference. Natalie Tucker won first place for her research paper titled The Examination of the Relationship between Accuracy in Personality Judgements and Perceptions of Closeness. She will receive a check for $600 and a certificate. Nicholas Wolf tied for second place with his paper, The Examination of the Relationships among Appreciation, Gratitude, and Happiness. Mr. Wolf will receive a check for $450 and a certificate. The student research paper pool is increasingly competitive. 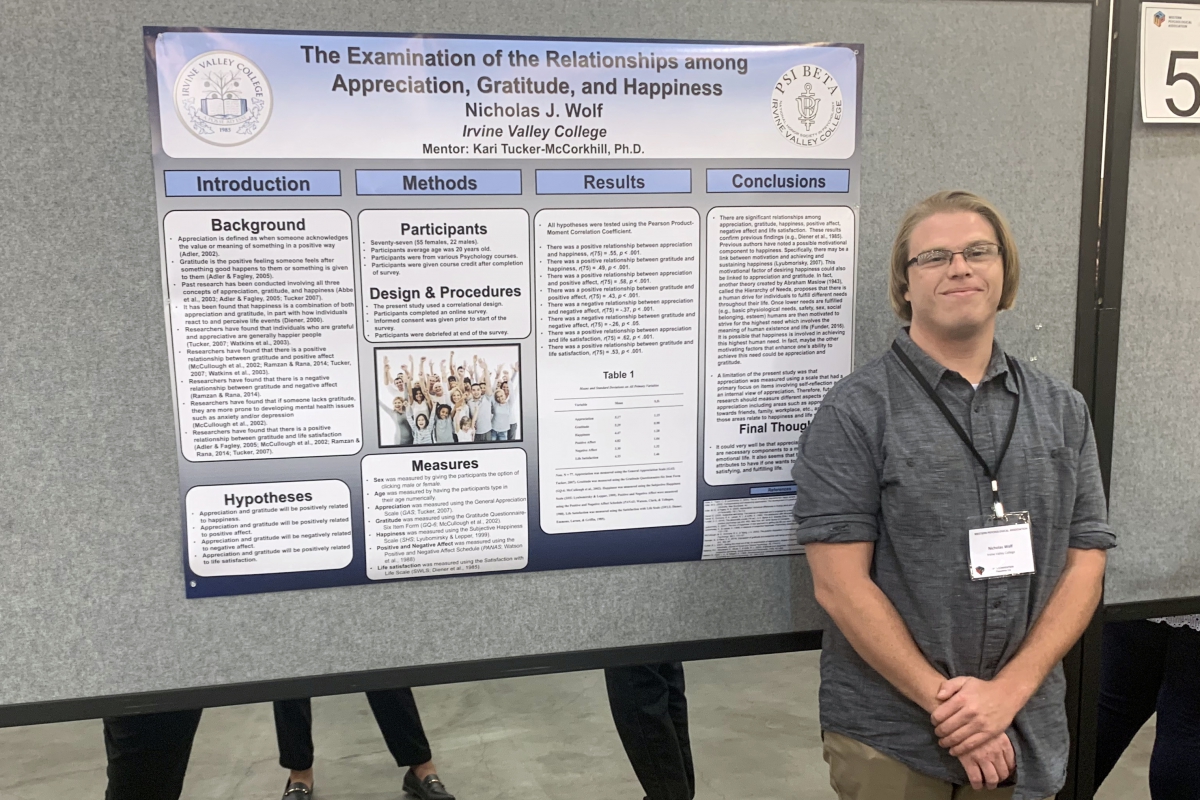 Additionally, the following IVC Psi Beta students were awarded with honorable mentions for their excellent research. Each will receive a certificate.

The Psi Beta chapter at IVC, founded in 1992, has a long history of students achieving top recognition for their research. The chapter advisors include Kari Tucker-McCorkhill, Michael Cassens, Benjamin Mis, and Yemmy Taylor.

The mission of Psi Beta is the professional development of psychology students at community colleges through promotion and recognition of excellence in scholarship, leadership, research, and community service. Psi Beta is a member of the Association of College Honor Societies and an affiliate of the American Psychological Association and the American Psychological Society.