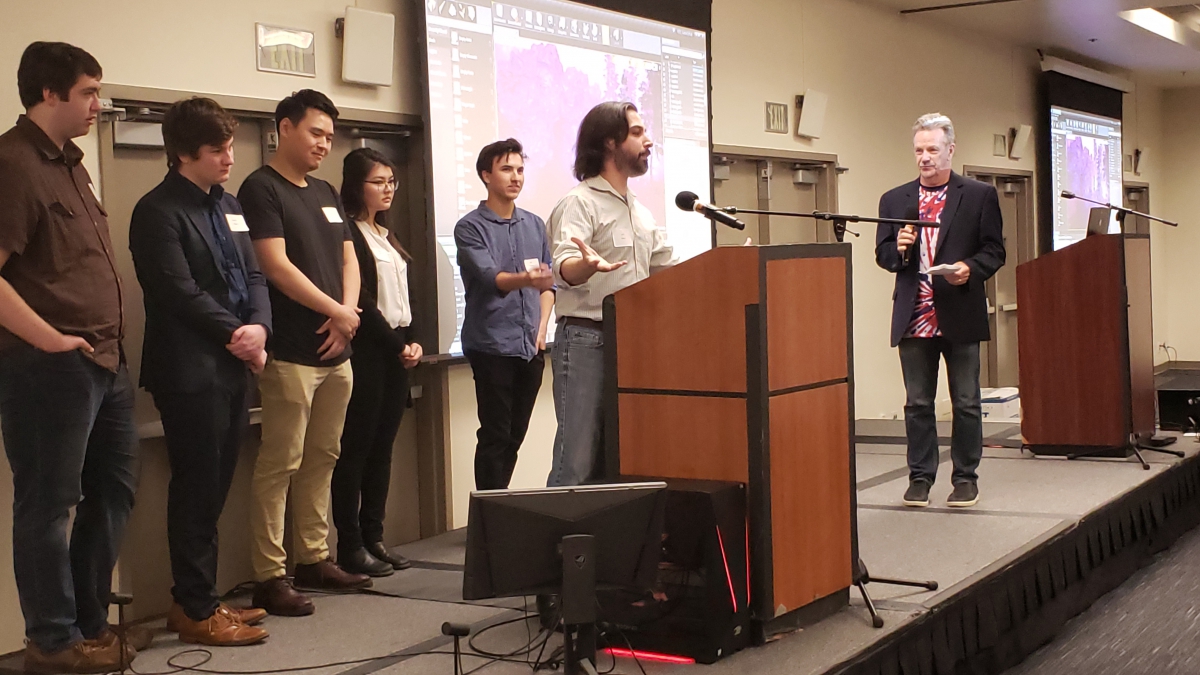 IVC students in the Interactive Media Arts program participated in the IEEE Gamesig competition on May 26 and earned a spot amongst the top ten finalists, which included teams from universities such as UCI, USC and Chapman.

At the event, the top teams presented their game concept to a panel of judges. IVC was the only community college represented at the Intercollegiate Computer Game Showcase​, which was hosted at the University of California, Irvine

“Most of our students came to IVC with no background in art or 3D, and they competed on the same level as students from top four-year college and graduate schools,” said Patricia Beckmann-Wells, professor of Interactive Media Arts (IMA).

To enter the competition, IVC's team submitted their project along with a YouTube video they created, which can be viewed here:

Videos were judged based on their potential marketability as a game. Professor Beckman-Wells and Instructor Colin McCall led the student team.

“IVC offers a huge value in comparison to local private art schools,” said Beckmann-Wells. “Our IMA program brings in lead artists from top game and film studios as instructors, and our students benefit from their experience and talent.”​ 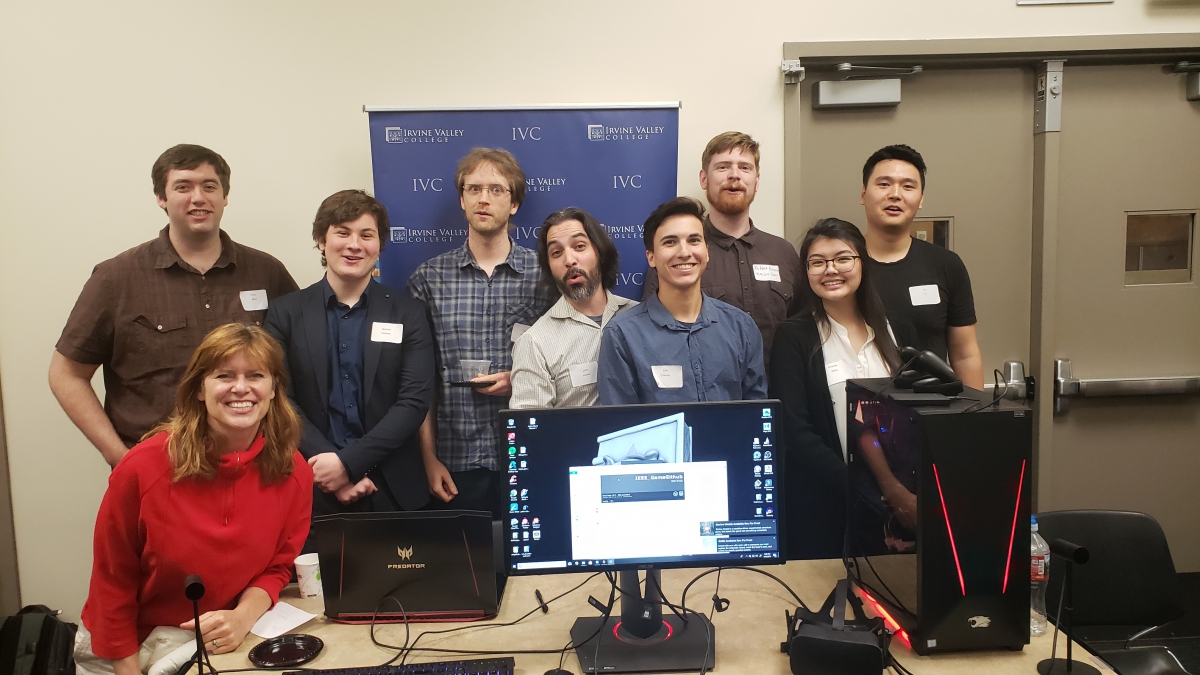