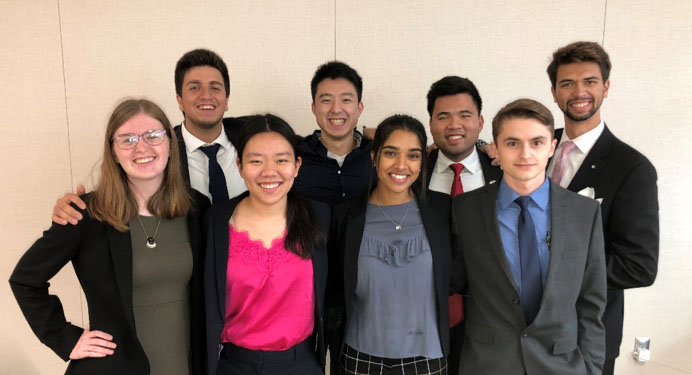 In October, the Irvine Valley College Speech and Debate Team had one of its most eventful months.

The month kicked off with the Mills Speech Invitational at Palomar College on October 4. Students competed in both impromptu and persuasive speaking. The former requires students to perform a five-minute speech after only receiving their topic a mere two minutes prior. The latter requires the students to deliver a 10-minute, well-researched speech on a socially significant topic. In the end, seven IVC students advanced to the final round and received trophies. Most notably, Tina Tang beat out 23 opponents to take first place in Persuasive Speaking. The total number of awards resulted in IVC receiving the overall first-place sweepstakes award at the tournament.

Director of Forensics Jules French stated, “The unique feature about the IVC students at this tournament was that rather than traditional forensics team students competing, almost every student was from the Comm 1 Honors class. It was so amazing to see students translate what they learned in the classroom into trophies!”

On October 5, the team hosted the 2019 Irvine Valley College Fall Classic. This elementary, middle, and high school tournament had over 200 students in attendance. These young students competed in two different styles of debate throughout the day, while the IVC Speech Team and fellow communication students judged the debate rounds and provided valuable feedback. This was an exceptional opportunity to showcase the school and the forensics program to the elementary, middle, and high school students.

The team went on to attend two more tournaments during the month of October. This included the Crossman Speech Invitational at El Camino College on October 19-20 and the Watson-Lancer Tournament at Pasadena City College on October 27. Collectively, the team brought home 10 more awards, including the third-place community college sweepstakes award at the Crossman Speech Invitational.

Next month, the team will compete at Grossmont College in San Diego and will host an on-campus debate tournament on November 15. Those interested in joining the speech and debate team are encouraged to contact Jules French at jfrench7@ivc.edu, or Bill Neesen at wneesen@ivc.edu.