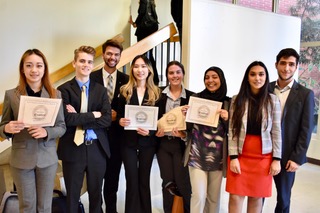 The Irvine Valley College Speech Team finally had a chance to test their skills at their first tournament of the academic year. The 2019 Pacific Southwest Collegiate Forensic Association Warm-Up Tournament took place on September 28 and 29 at El Camino College. Fifteen colleges from across California attended the tournament.

Twenty-eight IVC students participated in the competition. Three students had a particularly successful tournament by going undefeated and were presented with a Superior Certificate: Ian Breyer and Sam Greenberg for Parliamentary Debate, and Tina Tang for Persuasive Speaking. Ian and Sam competed in four rounds of debate with various topics including ending the Trade War with China. Meanwhile, Tina beat out all of her competition with her speech on miscarriages in the workforce. Nine other certificates were awarded for students placing in the top 20% of their field for individual speaking events, or winning three out of four rounds of debate. 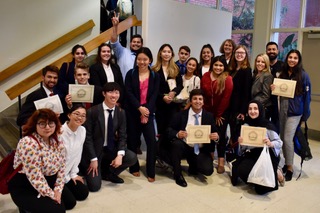 In October, the IVC Forensics team will compete at several tournaments including the Mills Speech Invitational at Palomar College on October 4 and the Crossman Invitational on October 19 - 20. Those interested in joining the speech team are encouraged to contact Jules French at jfrench7@ivc.edu, or Bill Neesen at wneesen@ivc.edu.