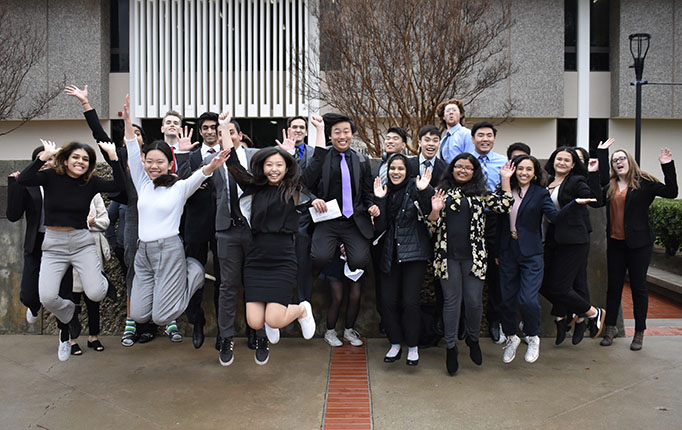 Among the 26 awards received between the two tournaments, eight gold medals were awarded to IVC in debate. At Grossmont College, Nidhi Satyadev, Eilidh Stalker, and Jade Bolton closed out the competition by each taking the gold in individual debate (IPDA). Meanwhile, Nidhi and Eilidh also brought home the gold in team debate (NPDA). In an unprecedented event, the team went on to replicate their success at Moorpark College by taking quadruple gold yet again. Sarah Wilson, Sam Greenberg, and Nidhi Satyadev all were awarded with a gold in individual debate (IPDA), while the team of Mira Ogawa and Sarah Wilson brought home the gold in team debate (NPDA).

Director of Forensics Jules French said, “I am so impressed with this team. These were both extremely difficult tournaments and the students worked tirelessly. Additionally, there were 21 colleges and universities in attendance at Grossmont College, and 35 colleges and universities at Moorpark College. Some schools came as far as Virginia, Texas, and Arizona. The fact that our team rose above and took home 26 awards collectively really shows what a talented and impressive team we have this year!”

Those interested in joining the speech and debate team are encouraged to contact Director of Forensics, Jules French, at jfrench7@ivc.edu, or Bill Neesen at wneesen@ivc.edu.