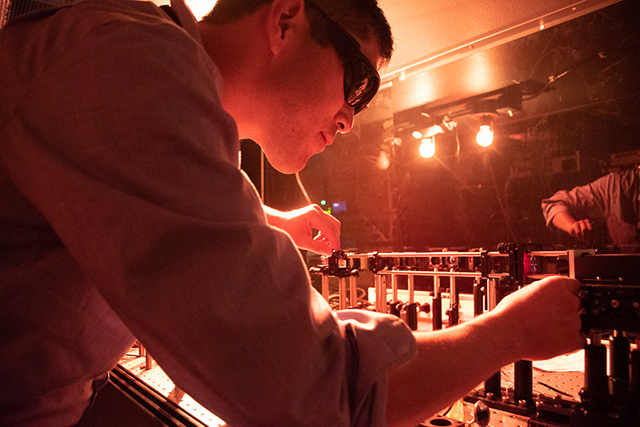 Hashi during his SCaN internship at NASA's Glenn Research Center in Cleveland, OH

Not many people can say they interned at NASA once—much less twice in one year.

Four years after earning his master’s in physics from California State University, Long Beach, Ryan Hashi sought to develop his interest in photonics, which led him to Irvine Valley College’s Laser Technology program.

He enrolled at IVC’s School of Integrated Design, Engineering and Automation (IDEA) in Spring 2018. In the fall of that year, he applied to NASA internships in the hopes of fulfilling a lifelong dream of working at NASA. By December, he earned his certificate of proficiency in optoelectronics from IVC.

One month later, Hashi was off to Hampton, Virginia, to begin a four-month internship at NASA’s Langley Research Center. He was a member of a five-person Digital Transformation Rapid Development Team that worked on improving and modernizing NASA software programs. The group used data analysis techniques to solve research problems.

While in Virginia, Hashi applied to NASA’s Space Communications and Navigation (SCaN) Intern Project (SIP). SIP is a 10-week summer program hosted by NASA's Glenn Research Center in Cleveland, Ohio and Goddard Space Flight Center in Greenbelt, Maryland. He was accepted to the quantum communications internship at Glenn Research Center, which began in June 2019. He conducted photon entanglement experiments in an optics laboratory, where his training at the IVC Laser Technology program proved very useful. 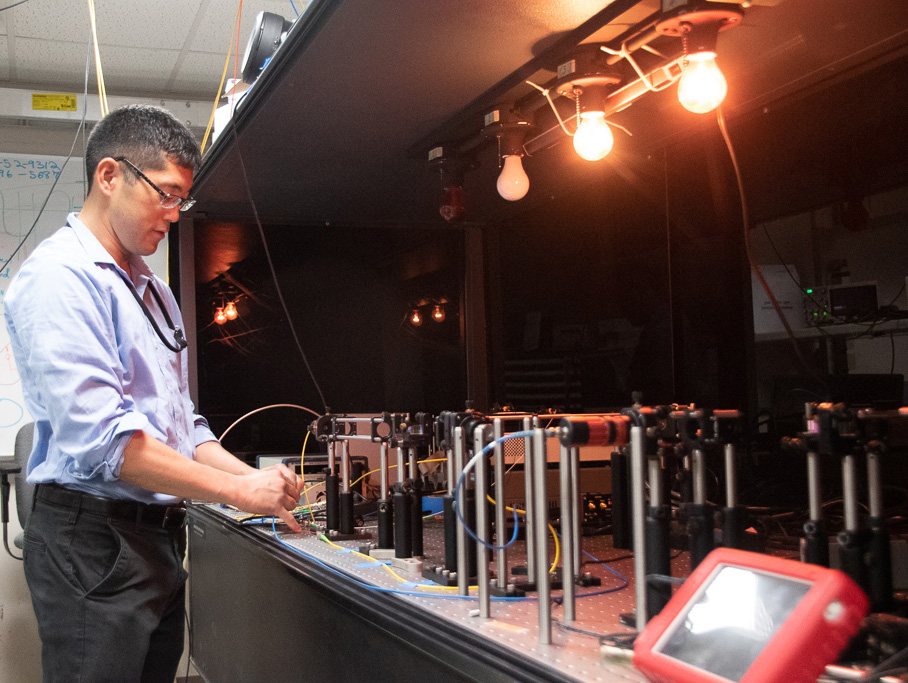 Hashi during his SCaN internship at NASA's Glenn Research Center

SCaN is the program office for all of NASA’s space communications activities. It is also responsible for the development of space communications and navigation technology. Each SCaN intern is paired with an experienced and multidisciplinary mentor who counsels the students with their work and career objectives. Interns are given a specific project to work on over the course of the program and, at the conclusion of the 10 weeks, they present their findings to NASA management. 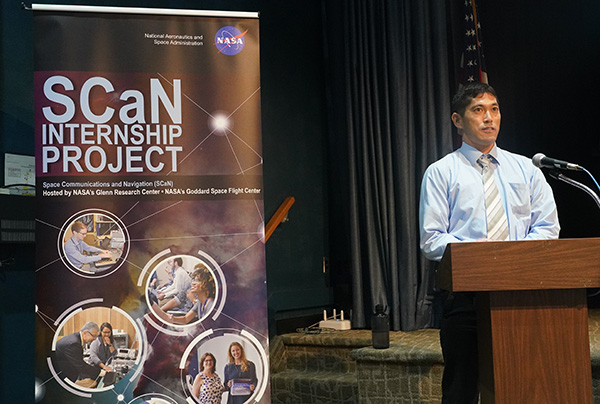 “Both internships were awesome,” Hashi recalls. “One highlight was the John Glenn Memorial Symposium. There were many interesting speakers and we chatted with astronauts! Everything surpassed my expectations.”

With two NASA internships under his belt, Hashi says his focus is now on seeking employment in a related field. He says the education and opportunities he's had in the past year have been invaluable in building his experience and depth of knowledge. While he may be done with schooling for now, he says he would like to return to pursue his doctorate in the future.