The summit is an opportunity to convene stakeholders across education, public, private, and non-profit sectors to advance issues of educational and economic equity for the APIA community. The event’s keynote speaker was Congresswoman Grace Meng (D-NY), who is also the first vice-chair of the Congressional Asian Pacific American Caucus (CAPAC). Other participants included Pat Roe, vice president of philanthropy at the Strada Education Network; Dr. Rob Teranishi, professor of education at the University of California, Los Angeles; and WRC-TV News4Today Anchor Eun Yang.

IVC’s students performed This is Us, America, a 25-minute readers theater production in which the students shared their personal stories, challenges, and experiences in confronting non-academic barriers in educational and personal spaces. The performance of stories, dialogue, and poems takes the audience on a relatable journey of “making it in America.” This Is Us, America started off as vision and has morphed into a recurring project for ELEVATE AAPI @ IVC. The show has been performed in three separate outings outside of the APIA Scholars Summit, and ELEVATE AAPI @ IVC plans to perform it at other educational institutions and academic conferences.

With the support of IVC President Dr. Glenn Roquemore and the South Orange County Community College District board of trustees, the group from IVC was approved to travel out-of-state to perform at the summit.

This Is Us, America made its public debut in April at the 2019 Annual Asian Pacific Americans in Higher Education (APAHE) Conference in Oakland. It then competed at the 2019 American Readers Theater Association (ARTa) competition and was given the 2019 ARTa World Premiere Award. After a May showcase at IVC, a minor change in casting occurred and the show went on to perform at the APIA Scholars Higher Education Summit. 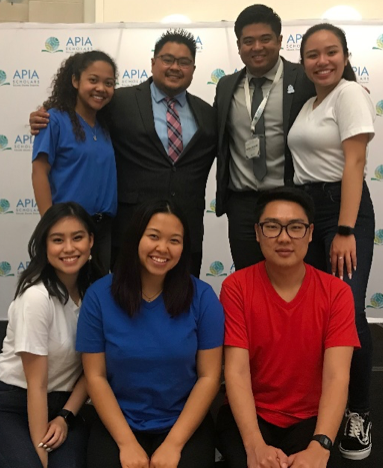 ​The script was written by Nathan Cayanan, ESL and English faculty/ELEVATE faculty mentor, with contributions of student stories. The show is directed by Eddie Tiongson, Communication Studies faculty/ELEVATE project director. This Is Us, America will perform again with its third cast at 12:30 pm Friday, August 16 in the PAC Lobby during IVC’s Fall Professional Development Week.

For more information regarding and ELEVATE AAPI @ IVC and the readers theater project, please contact Eddie Tiongson at etiongson@ivc.edu.