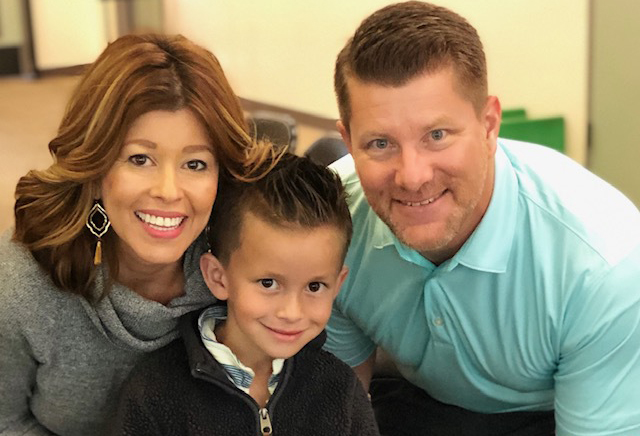 Education was always important to Adelaida Smithers. So when the El Salvadoran immigrant and mother of two finally found the opportunity to attend classes at Irvine Valley College, it was like a prophecy had been fulfilled.

“I was working two jobs as a single parent -- just never had the opportunity,” says the plucky super-mom, who found comfort in IVC’s welcoming re-entry program for adult students. “Now I can pour that energy into motivating myself.”

Smithers, currently committed to her education as a full-time student, is motivated to build a more satisfying and uplifting career through her IVC studies. But her real goal was always to inspire her son and daughter to seek success, and to set a foundation for a long-standing family tradition of higher education.

Mission accomplished: Smithers’ daughter recently graduated from San Francisco State University, and is now employed as one of the youngest managers for Manhattan data corporation Splunk. Thus, her five-year-old son has grown up in a household featuring not one, but two, college success stories… and Smithers is certain that he’s college-bound, as well.

“Absolutely, without a doubt,” she says. “Seeing his mom, seeing the balance…  He knows that’s where he’s going – it’s part of his plan already.”

Smithers was recently accepted into IVC’s Honors Program, which affords a variety of perks, such as smaller classes, workshops, guest speakers, early registration, and research opportunities. And while most of the credit goes to her inner strength and persistence, she says she couldn’t have done it without the resources provided by IVC’s Re-Entry Center.

I felt out of my element… understanding the culture of college isn’t easy,” says Smithers. “Re-entry made me see that other adults are in the same situation as I am.

“There’s a sense of community, knowing it’s not just me.”

Through the Re-Entry Center, Smithers has connected with other adult learners, energizing classmates – and even co-workers -- with her positivity and persistence. “One [co-worker] got a business degree, another opened her own business,” she says. “She told me I inspired her!”

Smithers’ story is testament not only to the power of higher education but to the importance of accessible, student-centric support. Thanks to IVC’s dedication to adult learners, Smithers’ higher education goals are coming full-circle – and setting a cycle for future generations.

“It’s changed the trajectory of our family.”​