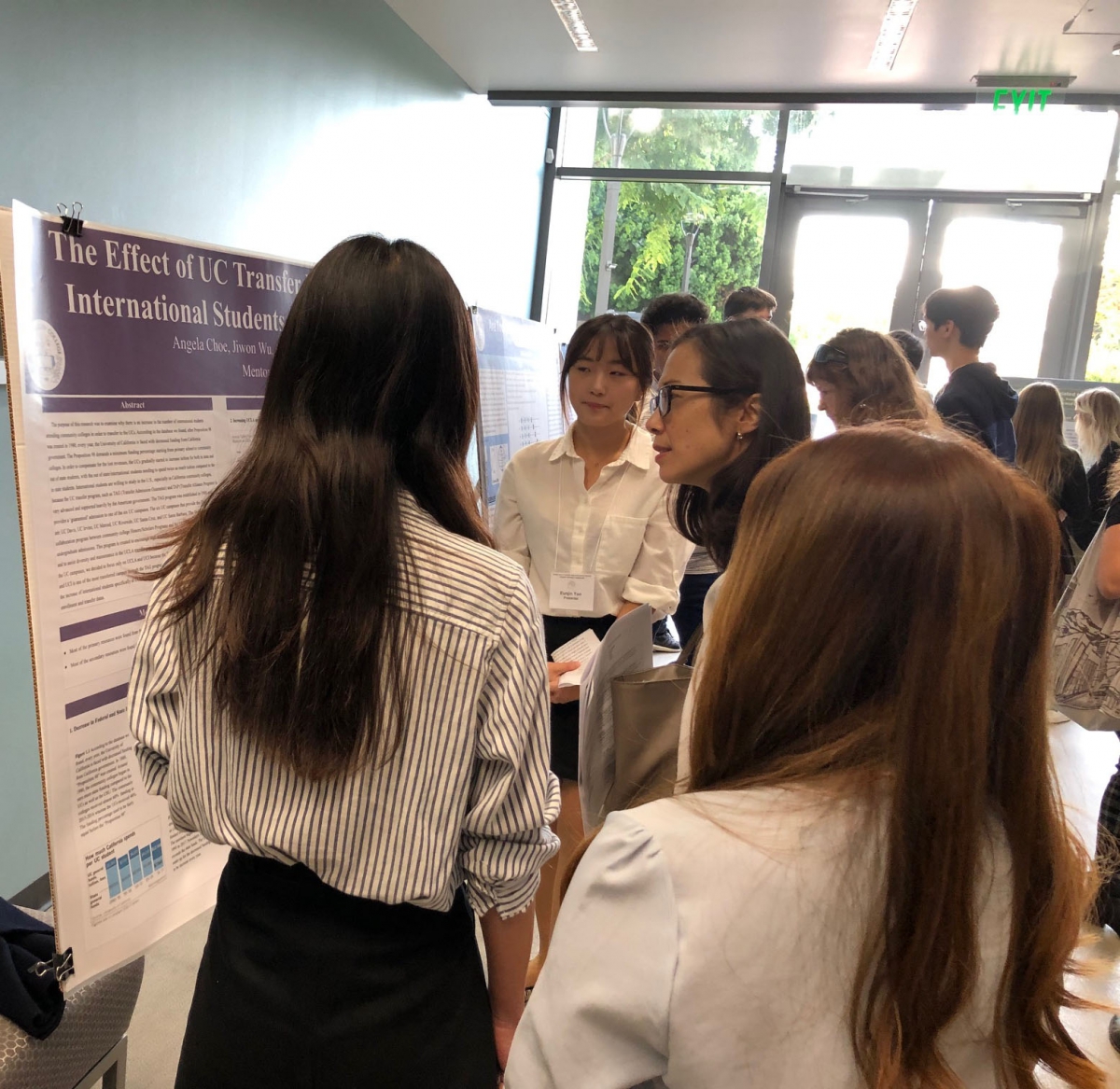 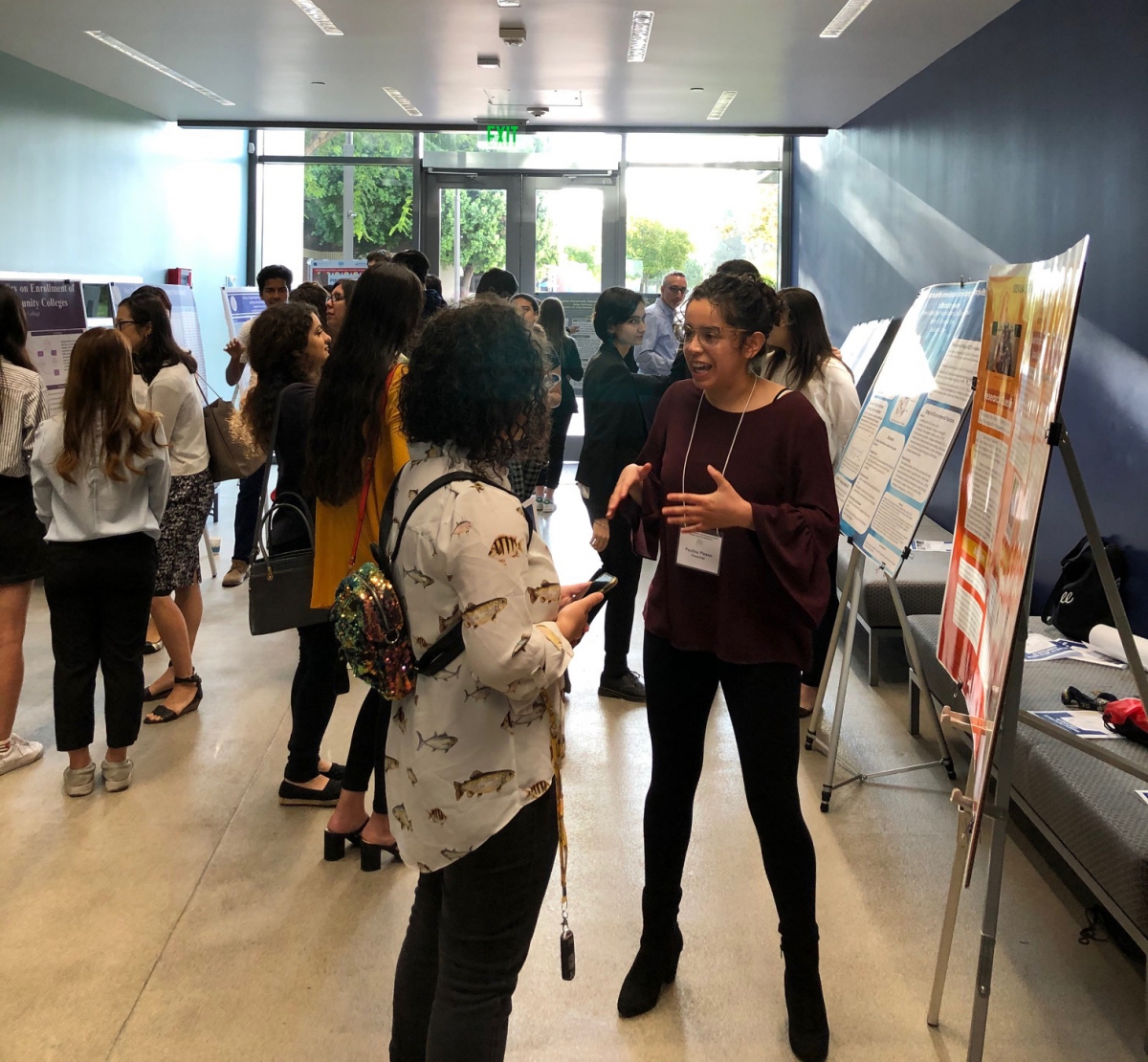 The conference was hosted and organized by the IVC Honors Program and the Saddleback College Honors Program, with generous support by Associated Students of IVC (ASIVC). Eighty students from IVC and Saddleback College shared poster or oral presentations of their faculty-mentored research in a range of disciplines, including anthropology, biology and health sciences, computer science, education, film studies, literature, math, physics, political science, psychology, and sociology.

Keynote addresses were delivered by SC History Professor Bill Billingsley, who spoke on “The John Birch Society in Orange County, California, 1960-1966,” and by Saddleback Dance Professor Deidre Cavazzi, who spoke on “From Quantum Physics to Mycorrhizal Networks: Creating Multimedia Art Productions in Collaboration with Researchers.”

The following students won awards for their research projects:

Tania Solano Cervantes
Narcocorridos: Mexican Drug Ballads of Socioeconomic Progress and Resistance
This research analyzes the Mexican drug ballads of Narcocorridos and its portrayal of the narcotrafficker as a heroic cultural persona that appeals to Mexicans of lower social strata.
Faculty Mentor: Claire Cesareo

This study investigates the differences in emotion recognition in deaf, hard-of-hearing, and hearing adults using static images and videos, while examining the deficit and conversational hypotheses.

With a Little Power, Comes Great Responsibility: The Application of Comic Book Heroes to Social Issues

Despite being morally flawed and fallible, comic book heroes and their stories present potential, yet debatable solutions to social issues.

Gender Bias in the Workplace

The study explores whether gender bias exists in the workplace, and whether employers are more likely to promote a man over a woman with an identical background.

Reconnecting Nature and Humanity: the Environment in Children’s Literature

This research considers the role of environmental children's literature in the development of the modern western environmentalist movement and the new, interdependent relationship between western society and nature.

The goal of this study is to examine the role that age plays in the emotional perception of text messages ending with or without a period.

A survey investigates students’ recognition of the Swastika and the Rising Sun Flag, revealing differences in knowledge and historical empathy.

This research involves a literary survey, explanation, and evaluation of the applications, drawbacks, and core scientific concepts behind active noise cancellation and other forms of existing and potential vibration control.

Sexual Stigmas in the Disabled Community: Can He … Do IT?

There are stigmas about the sexual development about disabled people and misconceptions about inter-abled relationships that can be erased through more research and awareness about sexuality and disability.

The purpose of this research is to find out why there is an increase in the number of international students attending community colleges in order to transfer to the UCs.

CONGRATULATIONS TO ALL OF THE STUDENT PRESENTERS!