Local Author Who Found Her Wings at Irvine Valley College 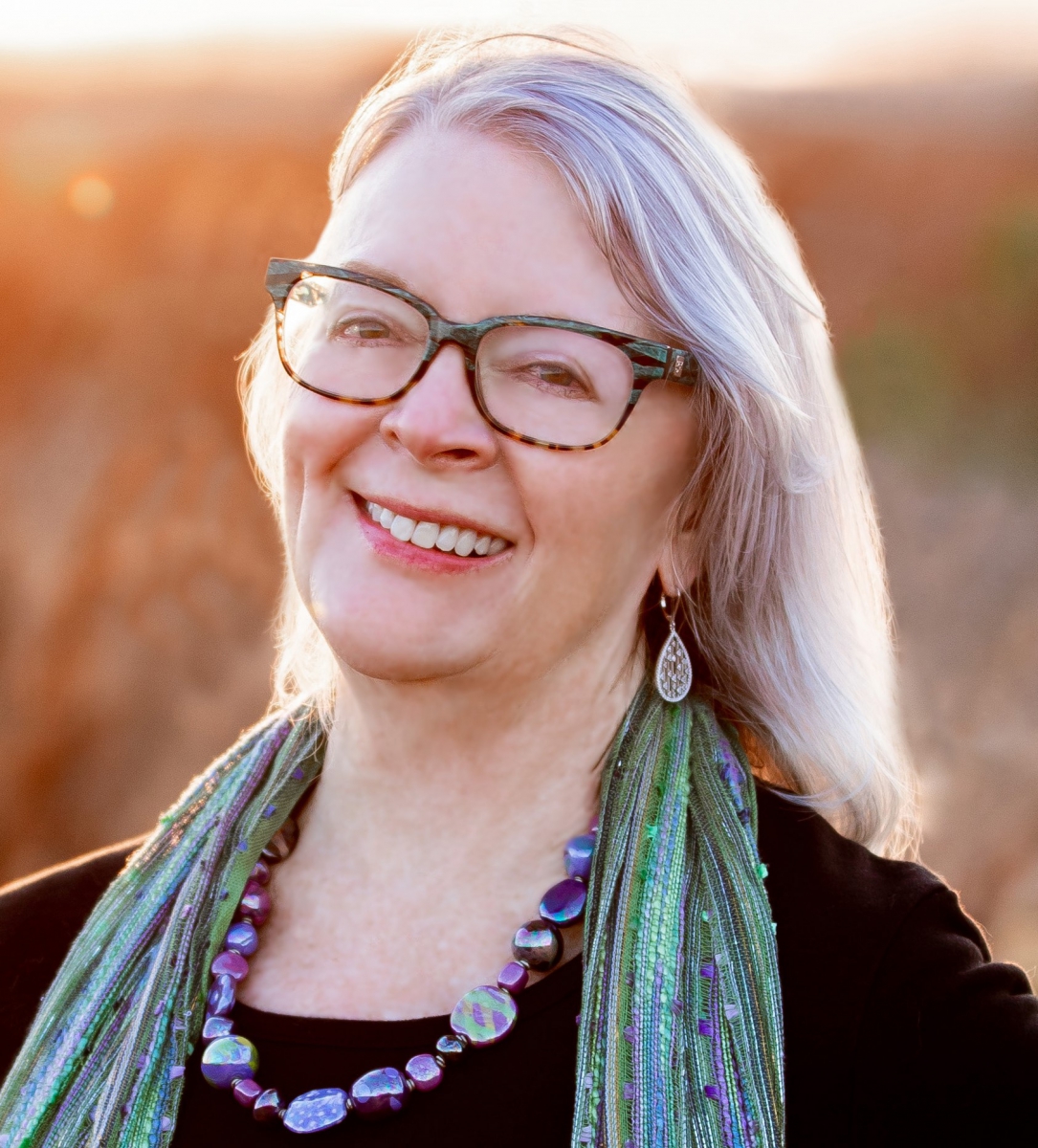 A local author who found her wings at Irvine Valley College (IVC) has just published her debut novel to critical acclaim.

Mary Camarillo also drew on her experiences as a postal service employee and a Huntington Beach resident to craft her novel, The Lockhart Women, which explores what happens when everything a woman knows and trusts is torn asunder.

Camarillo has a long history with publication, including in IVC’s own The Ear literary journal, along with other prestigious journals like Lunch Ticket.

She has received acclaim from Kirkus Reviews as well as eager readers like Samantha Dunn, senior editor at the Orange County Register. “Mary Camarillo attended my private writing workshop briefly, so that’s how I know what a truly gifted storyteller she is,” Dunn says. “She’s smart, she’s thoughtful, she’s very well-read—and that sardonic wit of hers will pull the rug right out from under you. Her new book pulls you right in.”

It all began when Camarillo took Professor Lisa Alvarez’s creative writing class several years ago at IVC. “After many years of writing government audit reports, I decided I wanted to learn to write fiction,” she says.

“When Mary first showed up in the Thursday night fiction class (WR 11), I knew she meant business, so I am not surprised to celebrate her debut novel,” Alvarez says. “What a triumph! Mary clearly saw the potential of the classes and creative writing community she found at IVC: in the classroom, in informal study groups and through the opportunity to work on our literary journal The Ear. In that way Mary is like so many IVC students: benefiting from what the college has to offer and also contributing to the college community.”

Camarillo likewise drew much from her experience in the class. “I found Alvarez’s writing prompts, assignments, and wise advice inspiring and useful. I also met other wonderful writers who I continued to work with after the class was over. A great deal of my novel was workshopped with those classmates. And the very first story I wrote in Alvarez’s class all those years ago (“Oleander”) was published in The Sonora Review last year, many revisions later.”

Camarillo also, upon Alvarez’s encouragement, enrolled in Professor Virginia Shank’s poetry class. “Her prompts were also extremely helpful and one of the poems I wrote in her class was published in 166 Palms last year,” she says. “I was also lucky enough to get involved with publication of The Ear, which was a terrific learning experience.”

Camarillo says she recommends IVC’s creative writing classes to anyone interested in writing fiction or poetry. “I’d also suggest that you make friends with your classmates and keep working together after the semester is over,” she says. “And playing a role in publishing The Ear is not only great experience to put on your resume. It also offers invaluable insights to how literary magazines work, immensely helpful once you start submitting your work for publication. Finally, don’t give up on getting published. Keep revising and keep submitting.” 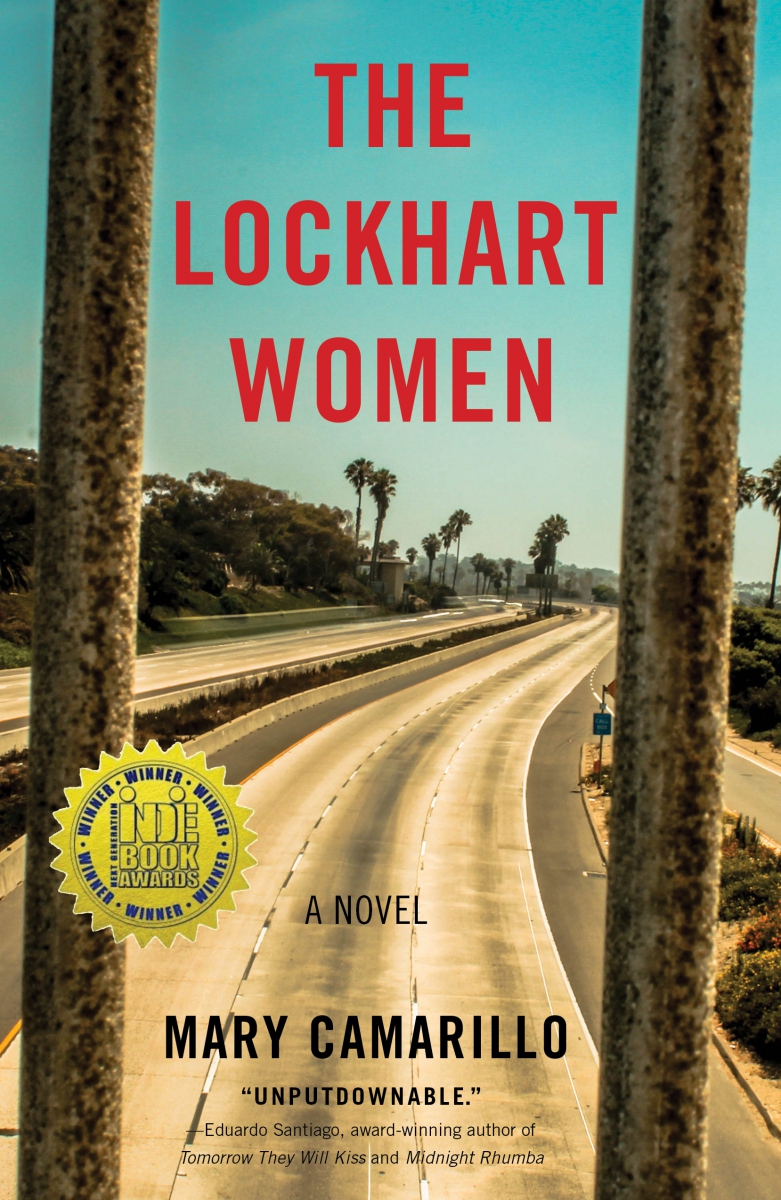 on June 17, 1994. “The family is on the freeway heading to a party when the O. J. Simpson slow-speed chase through Southern California passes them by,” Camarillo says.

That night at the party, family patriarch Frank Lockhart tells his wife Brenda that he’s leaving her. The lives and futures she and her two teenage daughters Allison and Peggy have so carefully constructed is swept away.

Brenda, who has never worked outside the home, must find a new path for herself. “Instead, she gets hooked on the media frenzy surrounding the [Simpson] trial,” Camarillo says. Her daughters face their own dilemmas.

Camarillo says the idea for the novel came from “remembering conversations I had with women who married young and immediately started their families,” she says. “Because I didn’t marry until I was thirty-six and never had children these women would sometimes tell me that I was smart to have waited. They felt like they’d missed out on so much of life. Sometimes they’d even add that they were sorry they’d had children. I found these conversations disturbing and intriguing.”

The 1990s come alive in The Lockhart Women, with nods to the pop culture of the day, now-dated technology like pagers, and Brenda’s enduring fascination with the Simpson trial. Huntington Beach and later Anaheim also will be instantly recognizable to anyone who has spent time there.

But these details are garnishes on a much deeper, more universal story. “Everyone struggles with choices and regret, and I was interested in writing towards those conflicts,” Camarillo says. “I started writing short stories about a woman with these kinds of doubts but once Brenda Lockhart introduced herself, she insisted on the longer form of a novel because she and her daughters had bigger stories to tell.”

The Lockhart Women also shares themes with the Simpson murders and trial. “For example, the novel includes an arrogant athlete at a younger age than Simpson,” Camarillo says. “Domestic violence was part of Simpson’s marriage, and a relationship in the novel is also violent. Brenda Lockhart and Nicole Simpson have similar trajectories. They both met their husbands at steak houses, married young, had children early, didn’t work outside the home and felt entitled to a certain lifestyle without having the agency to create it. Plus, Brenda looks like Nicole Simpson.”

Camarillo adds that many people thought she resembled Marcia Clark at the time of the trial. “I found it disturbing how the media focused almost entirely on Marcia Clark’s appearance and not her prosecution skills,” she says. “There’s a similar discounting of women’s abilities in my novel. Peggy’s father has no problem asking her to give up her university dreams and go to work at the post office.”

Camarillo cautions, though, that she only intends to point to American culture’s obsession with fame and appearances through framing her novel in this way. “It is not about O. J. Simpson or whether or not he was guilty,” she says. “I constructed the novel around the trial for several reasons. I’m a first-time novelist who is better with character than plot and found it helpful to have scaffolding to tie the story to and move it forward. Simpson’s trial also occurred at a pivotal moment in television, at the beginning of reality TV shows, like The Real World. Cameras were allowed in the courthouse, similar to the popular show Court TV, and helicopters were first being used by news media, searing the image of the white Bronco on the freeway into our memories. This era was also the start of Kardashian fame. Much of our addiction to social media and obsession with celebrity lifestyles dates back to this time period and unfortunately the racism, sexism, and domestic violence highlighted during the trial is still ingrained in our society.”

Camarillo guides the reader through some of these topics through her explorations of the three Lockhart women’s paths in her novel. Alvarez praises Camarillo’s gift for storytelling, both in the book and elsewhere. “I have been proud to see her stories and poems make their way into print and this year have used her work as models for my current creative writing students who find so much inspiration in Mary's journey as a writer,” she says.

“Can’t wait to see what she writes next,” Dunn says.

Camarillo will celebrate her publication of The Lockhart Women with an in-person book release party at 6 pm Saturday, June 26. It will be hosted by LibroMobile and the Bookman Book Store at 320 E. Katella Ave, Orange. RSVP to attend here. The party will be broadcast on Instagram Live as well. Go here to learn more about Camarillo and her work, or follow her on Facebook (mary.camarillo.31), Instagram (@marycamel13), or Twitter (@marycamelmary).