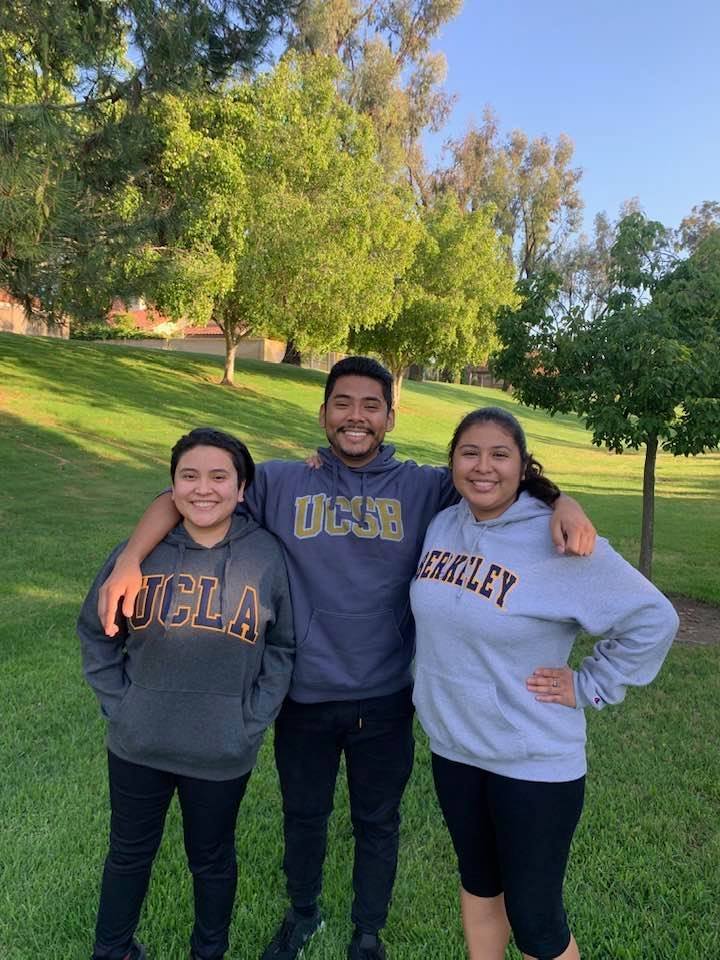 Three siblings’ success at Irvine Valley College (IVC) is a testament to their hard work, their family’s belief in the power of higher education, and the help of key faculty members who encouraged them along the way.

Monica, Caleb, and Melissa Perez all grew up in Irvine, attending University High School. “I always knew that I would go to college and get a bachelor’s degree since education is important in my family,” Monica says. “Education as a value was instilled at a very early age.”

Each sibling encountered then surmounted various challenges with the help of IVC faculty, staff, and fellow students before transferring to three different University of California (UC) schools. All benefited from relationships they forged with former Honors Program director and English professor Dr. Kay Ryals and say that such relationships are crucial for success.

Dr. Ryals says she is a fan of all three Perez siblings. “Teaching and mentoring Monica, Caleb, and Melissa during their time at IVC was both a privilege and a delight,” she says. “Although they obviously possess distinct personalities and interests, they share some strong family traits: a passion for their area of study, a dedication to excellence, a talent for speaking and writing, and a great sense of humor. I look forward to seeing the paths they forge ahead!”

The story of each sibling is unique, but the dreams and goals that bind them are similar.

Monica struggled with anxiety and depression in high school. “This struggle in my emotional and mental health negatively impacted my grades to the point I felt that I was no longer eligible to apply to four-year schools,” Monica says. “However, I attended an IVC interest meeting held by an IVC student ambassador and he made let me know that going to my dream school was more than attainable.”

She was most influenced by learning about the Honors Program, the Associated Students of IVC (ASIVC) organization, and the strength of IVC’s faculty.

“He made me know that at IVC I would have a fresh start and get the same level of general education at any UC or CSU,” Monica says. She applied to IVC’s Summer Bridge and Honors programs in 2014 and attended classes before transferring to UC Berkeley. Then, in February 2020, she began working at IVC’s Food Resource Center.

Returning to work at IVC was not an expectation for her, she says. “However, the more involved I got on campus with office hours and clubs, the more I enjoyed the connections and memories gained during my time there.” Office hours are times when college teachers make themselves available to meet with students to talk about anything, from assignments to life in general.

In particular, Monica cites her experiences with staff and faculty in the Honors Program and her honors society, whom she says encouraged her success, particularly Dr. Ryals. “Dr. Ryals inspired me most during my time at IVC,” she says. “She cared, sometimes more than I could. When I took her honors class, she noticed I was struggling in class and needed help. She made sure to walk me to the Student Services Center and connected me with a counselor. She also still checks in with my siblings and me from time to time. She’s been an amazing reference and mentor these last seven years.”

Her interactions with Dr. Ryals weren’t the only positive experiences Monica took from the Honors Program, which she says “led me to my major and developed my passion for travel. For example, I took Honors Sociology with Professor Chambers, fell in love with sociology, and finally found my major. Also, I took Honors Japanese 1 with Ishii Sensei, got involved with the Japanese Club, won the IVC Nadeshiko Scholarship, and eventually got to study abroad in Japan.” 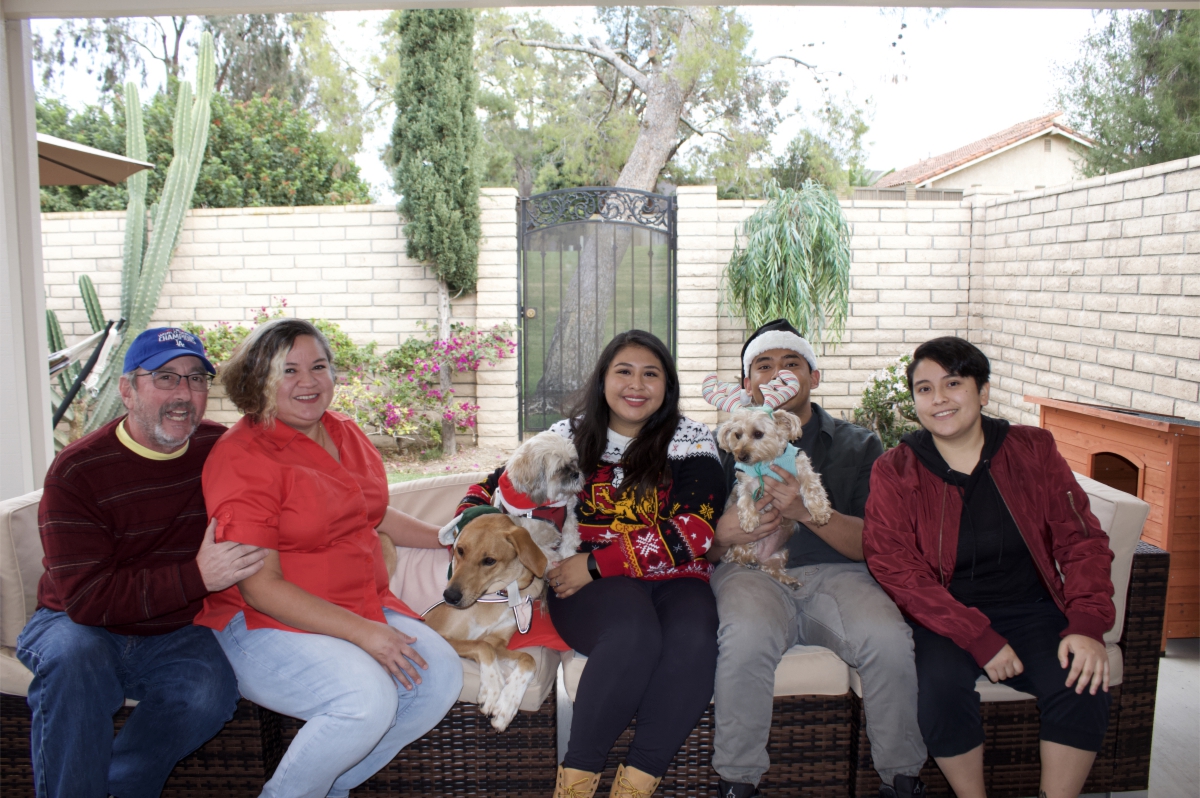 Monica’s classmates in the Honors Program also helped her with her forward trajectory, she says. “Being around so many ambitious and dedicated students kept inspiring me to push myself further as well,” Monica says. “I was also involved in the Hispanic Leadership Club, which was an amazing social support network.”

She also says the DSPS program at IVC “gave me the resources I needed to be successful at IVC. They were my advocates, informed me of my rights, and were instrumental in allowing me to advocate for myself.”

In Monica’s transfer experience, she took advantage of essay and application assistance from the Transfer Center. “The only advice I would give to myself would be to utilize the Transfer Center more when making my school decision,” she says. “It all worked out, but I don’t remember looking at my financial aid award letters. In retrospect, I could have ended up in a lot of debt. Again, I am very grateful it all worked out in the end.”

Her next steps are to earn a master’s degree and work as a community college counselor.

Monica’s brother Caleb, who recently graduated with a bachelor’s in physics from UC Santa Barbara (UCSB), took advantage of many of the programs Monica discovered when he started at IVC. While he lacked direction and focus in high school, he enjoyed science. He ended up at IVC because he didn’t know where he was going or what he wanted to do as an adult, he says, but had watched Monica start her education there. He    knew he wanted to transfer to a UC, and also expected he would be able to figure himself out and meet new people.

Like Monica, Caleb was inspired the most by Dr. Ryals; he also had a great experience with the speech and debate team. “These programs allowed me to learn about myself and collaborate with others,” he says.

Caleb used the Transfer Admission Guarantee (TAG) program to attend UCSB. Based on his experience, he recommends students stay on top of their grades to ensure they qualify for the TAG program, carefully select their classes and majors, and take advantage of extracurriculars outside class.

“I think that the clubs, programs and mentors are what really got me through the IVC experience,” Caleb says. “Without these opportunities I think I would have fallen into bad habits. Because it is a community college, it is very easy to avoid socializing and participating. However, participating in these programs allowed me to meet new people and collaborate.” 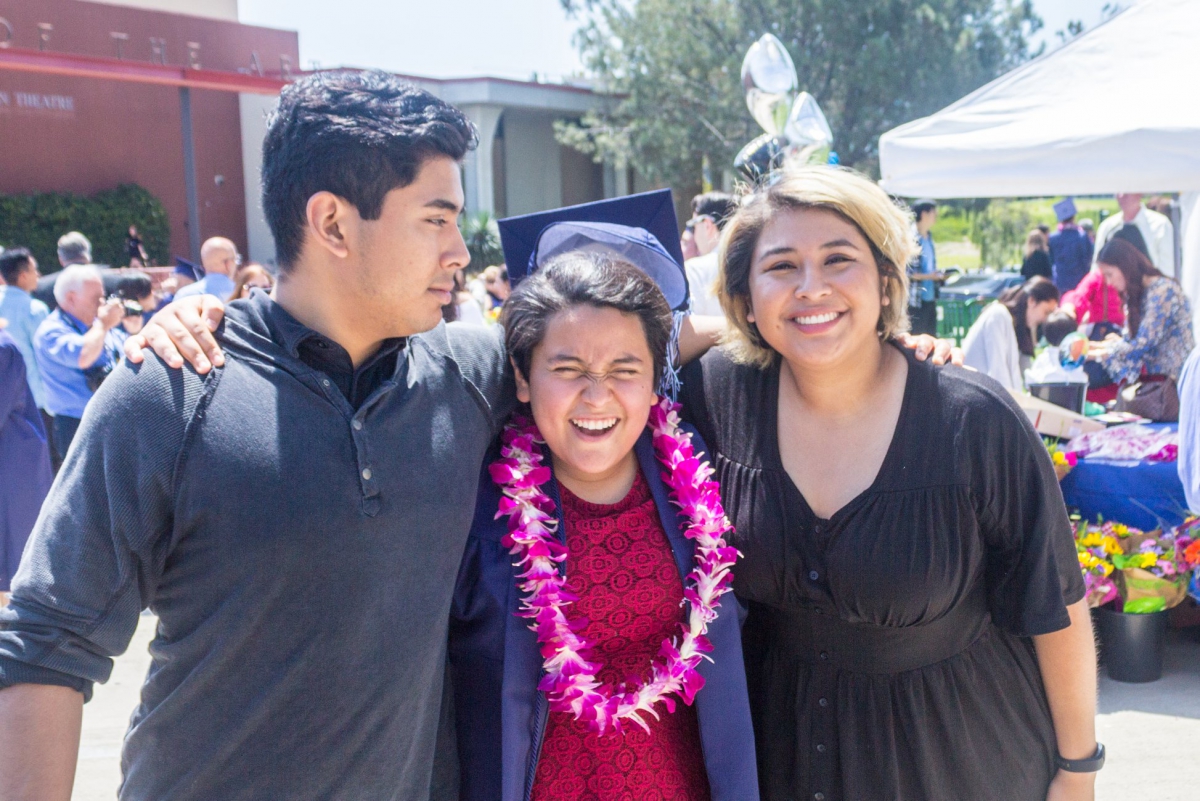 Melissa Perez, who attends UCLA as a psychology major today, says that despite her lifelong dream of attending a UC, she realized in high school that her grades were not going to send her straight there. “However, just the year prior, my sister had transferred from IVC to UC Berkeley. Additionally, that same year, my brother was on track to transfer out of IVC to UC Santa Barbara,” she says. “Realizing community college was a way in which I could still pursue my goals, I registered for IVC quite early in the year. I took further early actions, which allowed me to enroll in IVC’s Summer Bridge Program and be accepted into the Honors Program and Promise Program before my first year at IVC even began.”

While she sought to make the most of her time at IVC, Melissa says she was surprised by the strength of the friendships she made. She also was influenced by Dr. Ryals as well as Dr. Kari Tucker-McCorkhill, who teaches psychology. “Dr. Ryals introduced me to a variety of opportunities, which helped me develop important life skills and grow as a person,” Melissa says. “On the other hand, Dr. Tucker-McCorkhill inspired me to push myself academically by pursuing research and consider applying for post-graduate school.”

Like her siblings, Melissa delved into IVC’s endless social and support offerings. “I was involved in many programs during my time at IVC and I can honestly say all of them were invaluable in some way or another,” she says. “The Summer Bridge Program helped introduce me to college classes and peers, who I would later consider to be close friends. The Promise Program not only supported me financially throughout my IVC years but also provided me with academic guidance and social support. The Psi Beta psychology club introduced me to research, which I hope to continue pursuing long into the future. Lastly, the Honors Program provided me with a sense of community among like-minded peers, who I could also seek out for support and camaraderie.”

When she began her plans to transfer, Melissa took advantage of special honors transfer programs at UCLA and UCI, who both accepted her. She chose to accept UCLA’s offer.

Melissa has a helpful hint for current and prospective students. “One important piece of advice which I have always stood by is ‘check your email,’” she says. “I cannot tell you how many times I have found one invaluable opportunity or another in my email inbox. Job postings, scholarships, and even focus group opportunities that pay you for just an hour of your time and feedback. Also, it’s another way in which you can keep in contact with your professors. They may need to inform you of important updates or helpful advice, which you may benefit from.”

Monica’s advice to IVC students is equally straightforward: “Be unapologetically yourself. Go to office hours whenever you can. Take the time to look at IVC resources such as EOPS, DSPS, counselors, the Transfer Center, and the Food Resource Center. My college experience would have gone a lot smoother if I took advantage of more of these types of programs.” Echoing her sister, she concludes, “Fully read your emails.”

“Have fun, enjoy every minute, and use the resources at your disposal,” Caleb encourages.