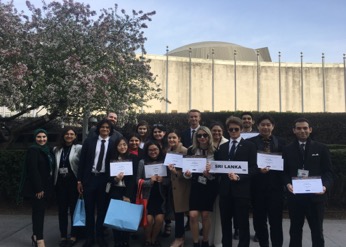 For many Irvine Valley College (IVC) students, one of the most important aspects of their time at IVC is their participation in the college's revered Model United Nations (MUN) program.

The IVC MUN team participates in and wins awards at conferences each year. The program, established in 1997, allows students to learn about and experience the processes of international democracy through role play. Students act as ambassadors to the United Nations and debate a wide range of issues together, building both an understanding of the world and strong communication and interpersonal skills.

But Sahani notes that while she enjoys seeing her team win in competition, what impresses her more is the tremendous growth she sees in her students. Though most IVC MUN participants have little to no background in international affairs when they start the program, many transfer to top four-year schools and then work as diplomats, analysts, lawyers, and scholars, opening doors for other IVC MUN alumni at their respective organizations.

"The network is truly remarkable and captures the spirit of what IVC MUN is really about: a family that looks for win-win solutions and paying it forward," Sahani says.

Here are three of their stories. 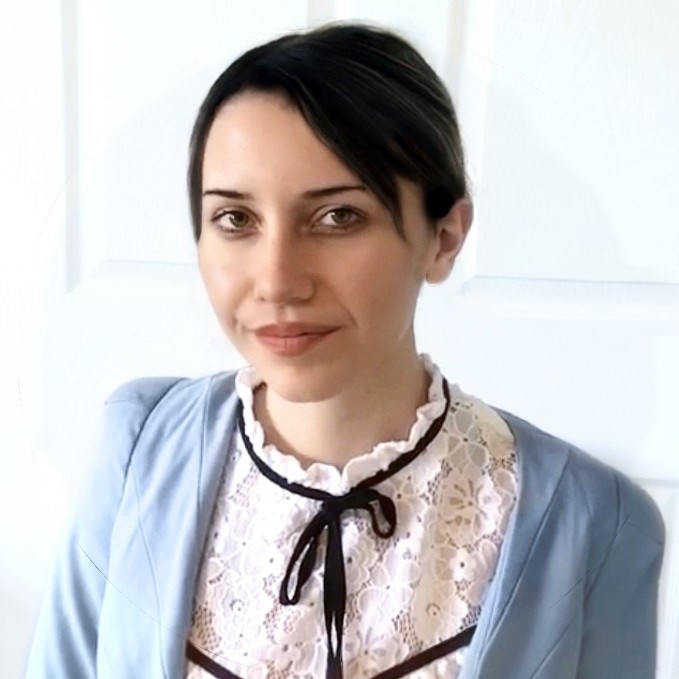 "I currently serve as a legislative analyst at the Pentagon and a research assistant of Russian hybrid warfare at National Defense University in Washington, DC," Fairless says." Without exaggeration, I could not have done this without IVC's Model UN program and, of course, without Professor Sahani's mentorship."

She notes that having the space and encouragement to practice analytical and social skills in a practical environment is rare for undergrads, despite being foundational in many careers. "Participating in MUN teaches you how to think like a scholar and a strategist and to express and intervene, and interrogate the familiar and unfamiliar," Fairless says.

Like many students, Fairless heard about IVC MUN through word of mouth after becoming the first person in her family to go to college.

"I was close to a former president of IVC's MUN program and was drawn to his stories of traveling to Washington DC and NYC to participate in international MUN conferences," Fairless says. "He collaborated with students from around the world and gained an admirable degree of hard and soft skills, and I thought his experiences were such a unique opportunity as an undergraduate. He engaged with concepts in similar fashion as diplomats, presidents, and scholars. I felt like I had to give it a shot myself."

Fairless says the IVC MUN program produces students with a jack-of-all-trades sensibility and knowledge base, which she says is one of the most special things about the program. "Our advisor, Professor Sahani, encouraged students to situate themselves in the shoes of foreign diplomats to think like scholars and strategists," Fairless says. "Not only did that sharpen my analytical and editorial skills, but it also pushed me to become more articulate and focused in the way that I presented that information, whether verbally or in writing."

Fairless says she developed a newfound confidence in preparing speeches and collaborating with her peers. "While I was never perfect, I genuinely saw progress in numerous areas as a student and an individual, and enjoyed every step of it,” Fairless says. "I never found another campus organization that invests in their students’ hard and soft skills to the extent that MUN did, and I credit Professor Sahani and this program for shaping me as a writer, a researcher, and an analyst today."

Fairless' experience as a delegate in the Model UN General Assembly First Committee, which handles matters of security and defense, introduced her to the field of arms control. "Since then, I have been completely enthralled by the subject," she says. "I hope to take my time working in these committees, as well as my broad experiences at the Department of Defense, and channel those towards a more niche field of nuclear policy and nonproliferation efforts." 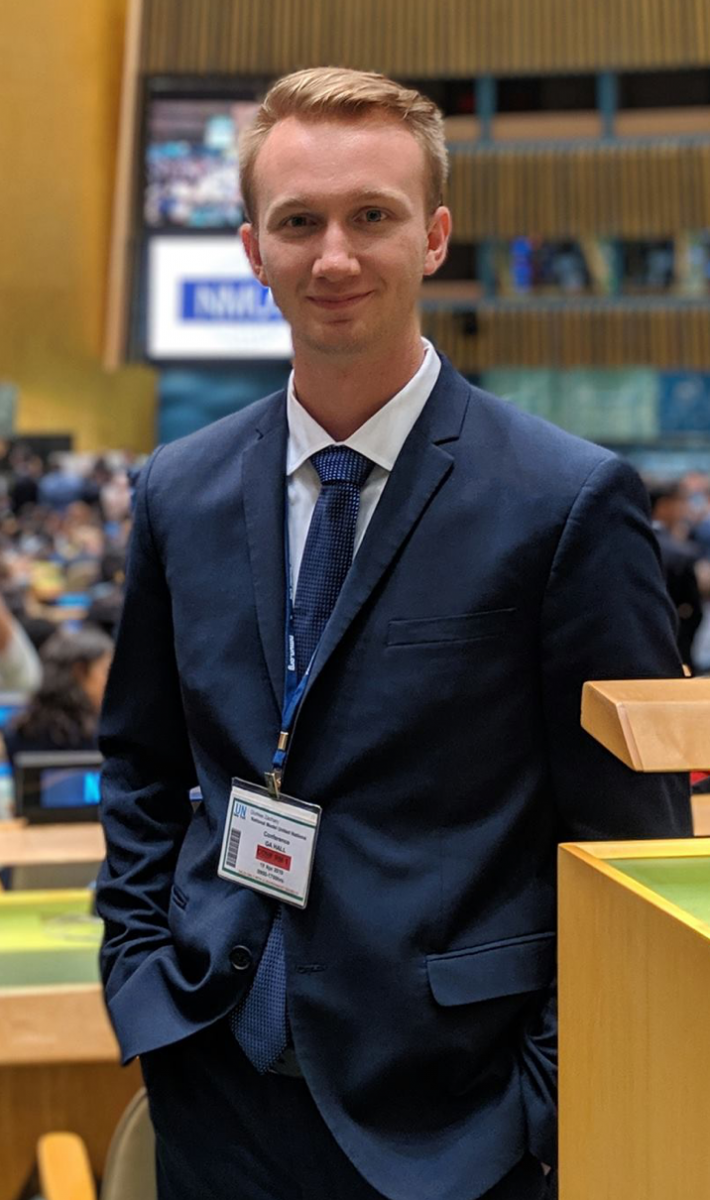 Like Fairless, IVC alum Zachary Durkee graduated from UCLA this spring. "Prior to graduating, I interned at the US Department of State, where I worked in the Bureau of East Asian and Pacific Affairs on regional and security policy," he says. "I currently live in Washington, DC, and am doing a long-term national security internship program at the Center for a New American Security, which is a foreign policy think tank. I work on research in our Indo-Pacific Security Program. In every case, MUN was a defining aspect of my application and interview process.”

Durkee first heard about IVC MUN when he took Sahani’s Middle East politics class in 2017 and was encouraged to join the program. Durkee says he also wanted to get involved on campus and jump into a new experience.

“MUN was the core of my professional growth and positive experience during my time at IVC,” he says. “Professionally, it refined my ability to speak and write—two critical skills that can be applied anywhere in life. Academically, it enabled me to practice what I was learning in the classroom in the real world and gave me a crucial edge when I applied to transfer. Socially, I made life-long friendships that are often difficult to cultivate at a community college. Last, my experience put me on my current career trajectory.”

Durkee next plans to attend graduate school and join the US Foreign Service to become a diplomat. 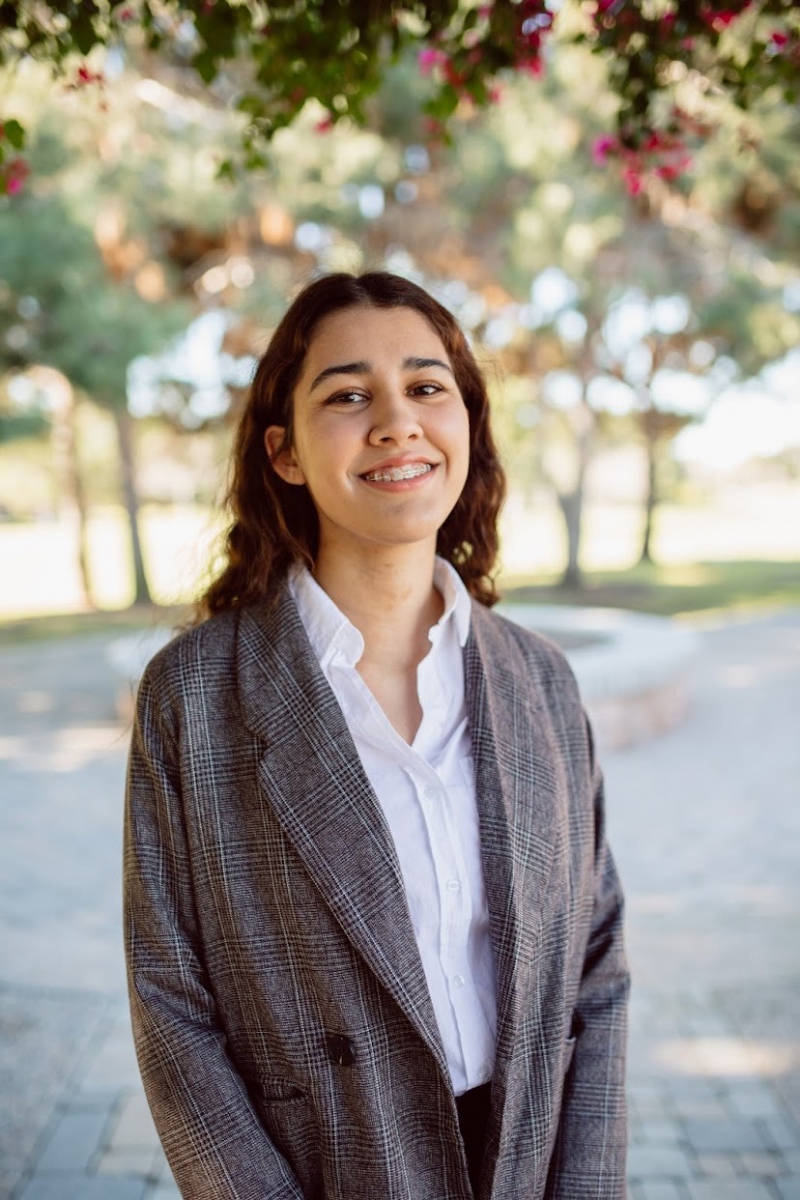 Gabriela Pinho de Moraes had been involved with Model UN throughout high school, so when she saw IVC had its own program, she was intrigued. “I ultimately decided to join because I was new at IVC and wanted to meet new people and make some friendships, which can be difficult to do if you don't try to get involved,” she says. Pinho de Moraes, who now studies at California State University, Fullerton, says her favorite memories include spending time with friends she made in the club as well as interacting with Sahani during her lectures. Pinho de Moraes also works at the Washington Office on Latin America, a human rights non-governmental organization. She says her MUN experience is one of the main reasons she took this career and educational trajectory. “Model UN exponentially improved my research and speaking skills. I practiced leadership regularly, and learning from someone like Professor Sahani was very inspiring and influenced me to reach out and try to work in the international relations field,” she says. Though Pinho de Moraes’ future plans are still undecided, she may pursue law school or a master’s degree. But she has been inspired by her MUN experience to consider a career in which she can travel and explore new cultures.

Getting involved with IVC MUN

When I joined MUN, I knew virtually nothing about the United Nations or world affairs, Fairless says. I definitely felt like the underdog, but whether it be in MUN or any other program, the fear of not being adequate should never prevent you from taking part in opportunities you're interested in pursuing. If you're still on the fence, "I would just go for it!" Pinho de Moraes says. Model UN can be joined as a class or even as a club if you don't want the pressure of being graded. I would tell anyone considering becoming a member of the MUN team to absolutely do it, and once there, try stepping outside of your comfort zone. That is what MUN is all about," Fairless says. "You are in a setting that encourages you to grow as an individual and overcome your fears, whether that be introducing yourself to strangers, or standing in front of a class and practicing your speech-giving skills." Pinho de Moraes echoes Fairless' sentiments. "Professor Sahani is a wonderful teacher and is willing to go the extra mile to make sure we understand a topic," she says. "Model UN was the best decision I made at IVC because I made friends and learned irreplaceable skills along the way."

"Work hard, challenge yourself, ask questions, collaborate, and absolutely converse with Professor Sahani," Fairless says. "She is one of the most miraculous mentors, and to have someone as knowledgeable and caring about their students as Professor Sahani is especially great.”

"I encourage anyone interested to join," Durkee says. "You will not regret the friends, connections, experiences, and skills you will gain. It will not only help you in your pursuit of getting into your dream school, but it will also make you look back on your time at IVC fondly."