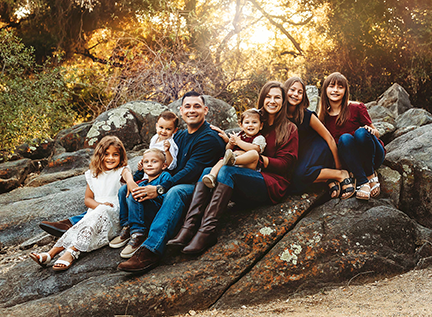 IVC student veteran Hannah Uribe was recently recognized as a Veteran of the Year for Assembly District 74, a recognition given by Assemblywoman Cottie Petrie-Norris. Uribe says the nomination, made by IVC’s Senior Veterans Specialist Ezekiel (Zeke) Hall, took her by surprise.

“It feels unreal. I do not feel deserving, but I am deeply honored and grateful to be considered,” says Uribe.

Uribe says her three years in the Navy serving as a Fire Controlman and working with the ship's self-defense system instilled a greater sense of confidence and self-assurance in her. Life skills such as this, in addition to time management, would later become extremely useful for Uribe, who is not only a full-time IVC student with a 4.0 GPA, but also the mother of six young children who range in ages from 21 months to 11 years.

Uribe says that while the skills she learned in the Navy don’t all transfer to everyday life, her overall experience, which included six months out at sea, instilled in her a drive to achieve her goals despite any challenges.

“I am very committed to my goals,” Uribe says. “So whatever I have to do to get them done, I am willing to do!” 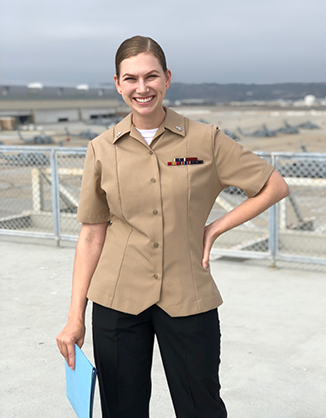 That tenacity has paid off. Uribe not only holds a 4.0 grade point average, but is on track to transfer. After transferring, she plans to earn her Bachelor of Science degree in nursing and ultimately become a certified nurse midwife.

Uribe wasn’t always sure military service was the right path for her. Following graduation from University High School in Irvine, she decided to enroll in culinary school at Le Cordon Bleu. It was after a brief time there that she decided to enlist.

Uribe says, “I was searching for a greater purpose for my life. And I had always been drawn to serving my country.”

Considering Uribe’s inspiring story of dedication and perseverance, it’s no wonder she was awarded Veteran of the Year.

A part of what IVC’s Veterans Services team does is track the progress of the college’s veterans to help identify needs, gaps, and successes. Hall says Uribe’s grades always stood out to him because of her high GPA. When he was contacted by a local organization that wanted to support veterans with children, he emailed IVC's vets, asking for those with children to respond. When Uribe responded, saying she had six children, Hall says, “I was already impressed that she was able to maintain a 4.0 GPA in a difficult major, but to do that while raising six children was awe-inspiring. When the opportunity to nominate a local veteran for the AD74 Veteran of the Year arose, I thought Hannah would be perfect.” 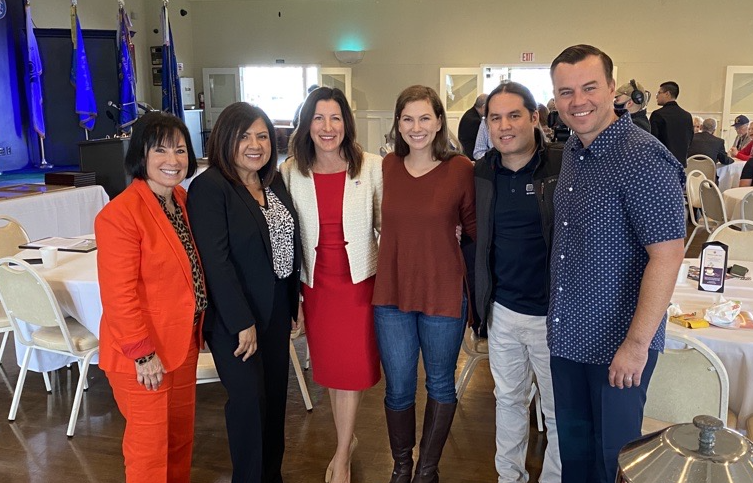 Hall was able to meet Uribe in person for the first time on November 3 at the Veteran of the Year celebration hosted by Assemblywoman Petrie-Norris. Joined by her husband CJ and two youngest children, Uribe also had the opportunity to meet IVC’s Assistant Dean of Health, Wellness, and Veterans Services, Nancy Montgomery, along with IVC Vice President for Student Services Martha McDonald and Veterans Counselor Eric Garcia.

When asked how she juggles the demands of motherhood and a full load in college, Uribe says, “It takes a lot of time management on my part, and I have to be willing to accept help where I can take it.”

Uribe says she is very appreciative of the support she received from IVC’s Veterans Services Center. She says both Hall and Garcia were instrumental in assisting her with getting acclimated to IVC.

“Zeke and Eric have really helped guide me,” Hannah says. “I wouldn’t be where I am currently without their endless help!”

IVC will honor all veterans with a virtual commemoration on Wednesday, November 10 at 11 am.